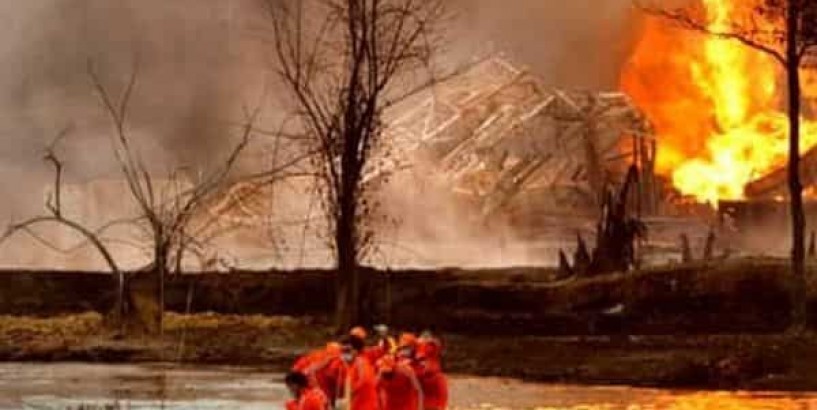 NEW DELHI: The Pollution Control Board, Assam (PCBA) has served a closure notice to state-owned Oil India Ltd (OIL) to shut down all production along with drilling operations at its Baghjan oilfield in Tinsukia district of Assam.

This followed after a gas well at Baghjan caught fire on 9 June. Two fire service officers of OIL lost their lives, and four people sustained ‘minor injuries’, with the fire burning down at least 15 houses. The gas has been leaking from the OIL’s well since 27 May and there have also been reports of tremors from the area.

“Now OIL is intending to file a Writ Petition before the Hon’ble Gauhati High Court challenging the order passed by PCBA," OIL said in a statement on Sunday.

India’s upstream explorer has lost 8013 mt of crude oil production and 10.24 million metric standard cubic metres (MMSCM) of natural gas from its wells in Assam, due to blockade by local people and students organisation.

This comes in the backdrop of India’s oil and gas production waning. According to the government, India produced 32,169.27 thousand tonne (TMT) of crude oil in 2019-20 and 31179.96 million metric standard cubic metres (MMSCM) gas in the last financial year.

There have also been violent protests around the well site with families evacuated from the nearby affected areas and housed in relief camps.

India continues to suffer on account of industrial tragedies. A toxic gas leak at LG Polymers’ facility last month killed 11 people at Vishakhapatnam, in one of the deadliest industrial accidents since the Bhopal tragedy of 1984. In November 2017, there was a blast in the boiler area of state-run NTPC Ltd’s Unchahar power plant in Raebareli that also claimed many lives.

According to the public sector unit, an environmental impact assessment study is going on and The Energy Resources Institute (TERI) is monitoring air quality and noise level. Also Council of Scientific and Industrial Research’ North East Institute of Science and Technology is conducting a seismological study.