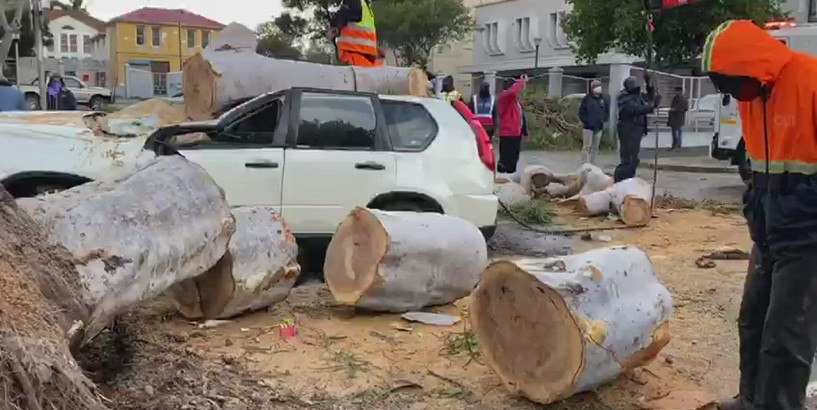 According to the City of Cape Town, three dwellings were destroyed in the Victoria Lodge Informal settlement in Southfield and two structures were damaged in Lotus Park, Gugulethu, due to a tree that was uprooted.

"More large trees were uprooted across the city in the following areas: Wynberg , Plumstead, Fish Hoek and Retreat. These incidents are being attended to by the Recreation and Parks Department," said Charlotte Powell, the head of Public Awareness and Preparedness at the City of Cape Town.

"Power outages were experienced in Philippi, Steenberg, Fish Hoek, Kensington, Hout Bay Plumstead and Gugulethu. The Electricity Department will attend to all reported outages. Various roads across the City were flooded and these are being attended to by the Transport Directorate," Powell said.

To view this video please enable JavaScript, and consider upgrading to a web browser that supports HTML5 video

Charlotte Powell from the City of Cape Town provides an update on the damage from the severe weather conditions across the city.

"Rain is expected across the western parts of the Western Cape spreading to the south coast and Little Karoo this evening. Gale force winds and high seas expected along the Western and Eastern Cape coastline," the weather service said.