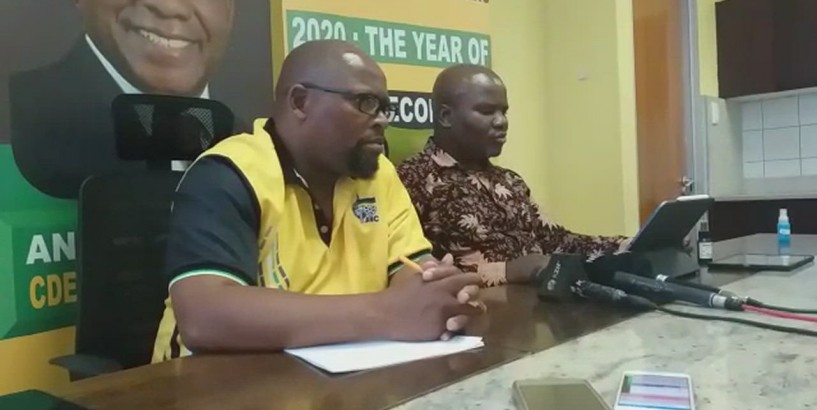 Durban - The ANC in KZN has reacted to growing calls to rename the KZN municipality of Umzimkhulu after the slain former ANC Youth League leader, Sindiso Magaqa.

The move is aimed to honour Magaqa who was assassinated in 2017 for allegedly opposing corruption in the municipality. He served as a PR councillor in the same municipality.

The party said the current name is well-known and efforts to rename the municipality should include proper consultation with various sectors.

Provincial secretary Mdumiseni Ntuli said they are aware of the calls which eminate from the Harry Gwala region, which includes the town and the entire local municipality of Mzimkhulu.

“The renaming of Umzimkhulu local municipality after the name of comrade Sindiso Magaqa, well, has not led to the decision we are taking. We are aware that the region, if not the regional conference, had taken a decision that they want to rename the municipality after Sindiso Magaqa and of course that becomes a decision of the ANC which must be subjected to an internal consultation.

“The name Umzimkhulu is a very old name, popularly known and if you change the municipality to any of our own living or departed comrades it’s important that there must be a proper canvassing of that idea with various sectors of society and organs of civil society in the area. So I am sure that region (Harry Gwala region) will be handling that work and wherever there is difficulty or they need the support of the PEC, they will report to the PEC,” Ntuli said.

Ntuli also addressed instability issues facing the municipality which the ANC governs and problems of the region at large. He said in order to assert its authority, the party will soon be disciplining 19 councillors - who are also senior party members in the region.

Among those to be hauled over the coals are Umzimkhulu mayor, Mphuthumi Mpabanga and this is despite the fact that they have tried to mend their ways by apologising to the party for their behaviour.

“The provincial executive committee has expressed deep concern about a sustained ill-disciplined conduct consistently displayed by certain ANC councillors deployed at the uMzimkhulu local municipality… Accordingly, the PEC decided that all those ANC councillors who acted inconsistent with the ANC position, despite numerous attempts to persuade them, should be taken to the provincial disciplinary committee,” Ntuli announced.