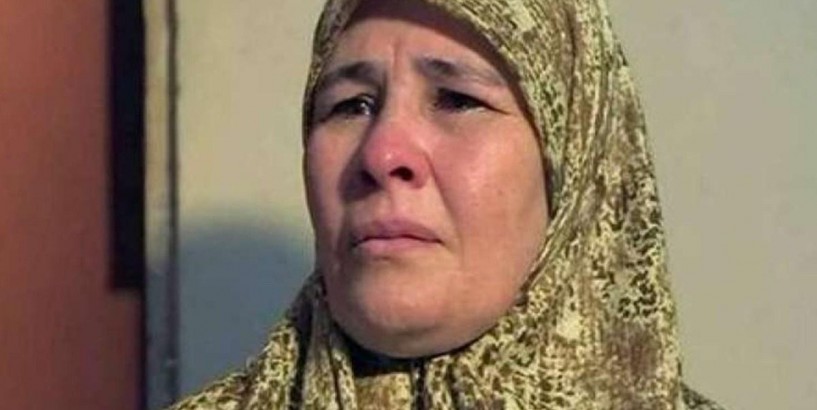 Umm Zubeida: Why is Egypt punishing me for searching for my daughter?

Umm Zubeida: Why is Egypt punishing me for searching for my daughter? August 9, 2019 at 4:28 pm | Published in: Africa , Egypt , News Umm Zubeida, the mother of Zubeida Ibrahim Yousef, who was arrested after publicly speaking about the disappearance and rape of her daughter by Egyptian security forces [Facebook] August 9, 2019 at 4:28 pm Egyptian mother Umm Zubeida has questioned by she is being held in prison for simply searching for her daughter who went missing.

In a statement released by We record, an international human rights platform, Umm Zubeida said: “ Why am I being punished for searching for my daughter?! Why were my release papers torn apart after they had been approved?!”

Mona Mahmoud has been in custody since March 2018. She has been accused of joining an illegal group, the Muslim Brotherhood, and publishing and broadcasting false news that could harm the country’s interests after she spoke to the BBC about her daughter’s forcible disappearance by Egypt’s security service.

Isn’t there any wise man in this Ummah who would answer my questions, why am I in prison?!

Why am I being punished for searching for my daughter?!

In April 2017 neighbours reported seeing her 23-year-old daughter Zubeida Ibrahim being forced into a police vehicle by armed and masked men whilst her brother was out of the house. Ibrahim had already disappeared once in 2016.

At the end of July a Cairo criminal court ordered Umm Zubeida’s release but she was returned to prison for a fourth time over the same charges.

In her statement she asked if there was “a surgery for motherhood instinct … so that they could allow me to get out of prison and make sure I would not search for my daughter anymore?!”