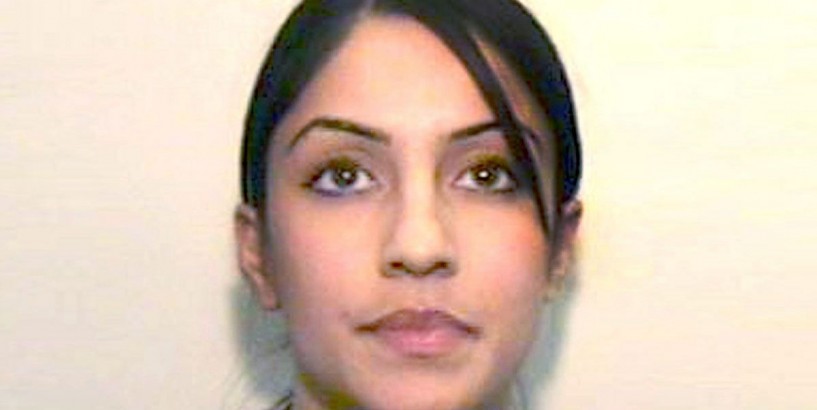 But now, after a 24-year career, the lawyer is focused on DEFENCE in a murder case he claims was a miscarriage of justice.

And he aims to clear a woman he believes was wrongly convicted.

Dentistry student Harmohinder Sanghera – known as Mindy – was jailed for life in 2007 for the killing of 17-year-old Sana Ali.

Mindy, now 35, had been in a two-year relationship with Sana’s husband Sair, unaware he was married and expecting a child.

The trial heard that when she found out she took a kitchen knife from her home in Solihull, Birmingham, and drove 115 miles to Sana’s house in Bury, Greater Manchester. Sana Ali,17, who died in hospital after she was found with multiple knife wounds (Image: Greater Manchester Police/PA) Read More BBC leave Oscar Pistorius in Olympics re-run coverage in 'disrespectful' editing error

It was claimed she attacked the teenager in a bedroom and stabbed her 43 times – with the fatal blow to her abdomen, killing her unborn baby.

But Mindy told the court she only visited Sana to tell her what kind of man he was. She claimed Sana was fine when she left.

Despite no forensic evidence linking her to the scene, a jury convicted her by 11-1 and she got life with a minimum 14 years.

Mr Afzal studied the case shortly before leaving his role in 2015 – and decided something wasn’t right.

In his book The ­Prosecutor he wrote: “This was the last case I would explore in detail. This time I wasn’t looking to prosecute, but to see if we had got it wrong.”

Three pieces of evidence made him certain: When Sana was found dead in a pool of blood after the visit the front door was locked from the INSIDE, so nobody could have left without being let out. Mindy was seen on CCTV at a petrol station on her way home, looking relaxed and with no signs of being close to someone who had lost so much blood. Mr Azfal debunks the prosecution claim that Mindy climbed on a cupboard and fled through a tiny kitchen window leaving a footprint on the work surface. And that she wore a paper suit, never found, for the attack.

Mr Afzal said he would have expected blood to be all over Mindy’s clothes, on the cupboard or the window, adding: “I’ve prosecuted hundreds of murders and never has anyone taken a forensic suit along, it beggars belief. Sair Ali, husband of murdered Sana, was having an affair with Mindy (Image: PA)

“They also said she climbed out of the window, but the footprint was facing the other way.”

The defence case at the time was that Sana let Mindy out of the house and someone else had murdered her. But Mr Afzal doesn’t believe that either – and claims Sana killed herself.

He points to crime scene analysis that showed she was sat on the edge of her bed bleeding from cuts to her arms. A deep cut to her abdomen indicated that she was sitting and bent over – meaning any attacker would have had to kneel in front of her, or it was self-inflicted.

Then there was the phone evidence. Between 2.15pm and 4.07pm Sana received 21 calls and texts from family members.

Mr Afzal writes: “Why would there be so many attempts to contact her unless people genuinely thought she might do something to harm herself, or that harm had been brought to her.” He also highlights evidence from Sana’s sister, who called an ambulance saying: “I think I’ve just found out my sister’s… killed herself… I don’t know.”

A pathologist’s report stated some injuries “could have been inflicted by the attacker to mimic self-inflicted injuries”. Mr Afzal said: “I’m surprised a pathologist would say this without also suggesting injuries that looked self-inflicted could look that way because they were. Both sides advanced flawed arguments and, to me, it seems very likely the deceased killed herself.”

Mindy’s appeal was dismissed and a referral to the Criminal Cases Review Commission also failed – yet a family campaign to prove her innocence continues with Mr Afzal’s backing.

“I’ve promised to do all I can to help the campaign.” Picture of the knife used to kill Sana Ali (Image: Greater Manchester Police/PA)

Mindy’s parents Paul, 58, and Suki, 56, want the case urgently re-investigated. Postie Paul said: “We have never doubted Mindy’s innocence. She will never get her lost years in prison back but she can be vindicated.”

Paul believes police decided to nail Mindy as soon as she contacted them to say she had visited Sana to warn her over Sair.

She was arrested and questioned 11 times in four days before being charged.

He said: “As soon as Mindy came forward, the police narrative was she must have been the killer. But all the evidence was circumstantial. There was no blood found on her or in her car. They said she crawled through a small window but there wasn’t a scratch on her. Top news stories from Mirror Online