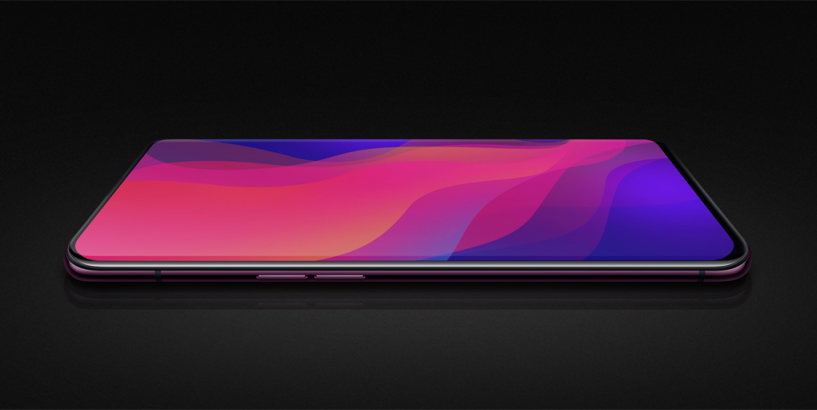 This company built the best-looking smartphone we've ever seen, even better than the iPhone — take a look

Oppo The Find X smartphone, by Chinese electronics maker Oppo, is one of the most futuristic and best-looking smartphones we've ever seen. Unlike popular phones like the iPhone XS, the Oppo Find X features a true edge-to-edge display, with no cut-out "notch" for the front-facing camera. Other smartphone makers could take some design cues from the Oppo Find X.

Smartphones keep getting better and better in terms of performance and design. But in that latter category, there may be no better-looking phone than the Find X.

The Find X is made by Chinese electronics maker Oppo, one of the most popular smartphone makers in the world: it was China's top brand in 2016, according to IDC . Oppo unveiled the Find X in June, and it made a lot of waves online thanks to its stunning design.

The Find X looks similar to Apple's iPhone XS, but features thinner bezels, or borders around the display, and most notably doesn't include a "notch" like the iPhone has. The Find X has a true edge-to-edge display, and Oppo came up with a clever system to hide the camera when it's not in use. It's certainly one of the most futuristic phones we've ever seen.

The photos below come courtesy of YouTuber Lewis Hilsenteger from the Unbox Therapy channel , who managed to get his hands on the Find X and filmed it for all to see.

Oppo calls these its "stealth cameras," which only appear when you need them — to unlock the phone, or to take pictures. A physical mechanism slides the cameras out of the phone, and back in when you're done. Oppo The front-facing camera system is extremely similar to last year's iPhone X, with a flood illuminator, dot projector, and infrared camera capturing 3D data for a facial recognition system that unlocks the phone. Oppo Here's that mechanism again in action — really cool.

The cameras themselves are excellent quality. The front-facing camera is 25 megapixels, while the rear camera system features dual lenses with 20 megapixels and 16 megapixels. Oppo In terms of specs, the Oppo Find X features all the usual suspects you'd expect on a 2018 Android phone: It has a Snapdragon 845 processor, 8GB of RAM, a huge battery, a dual-SIM system, and fast charging. YouTube/Unbox Therapy It runs Android out of the box — 8.1 Pie — but Oppo's software, called "ColorOS," makes the phone feel more like an iPhone. So many elements, like the camera interface ... YouTube/Unbox Therapy ... the home screen ... YouTube/Unbox Therapy