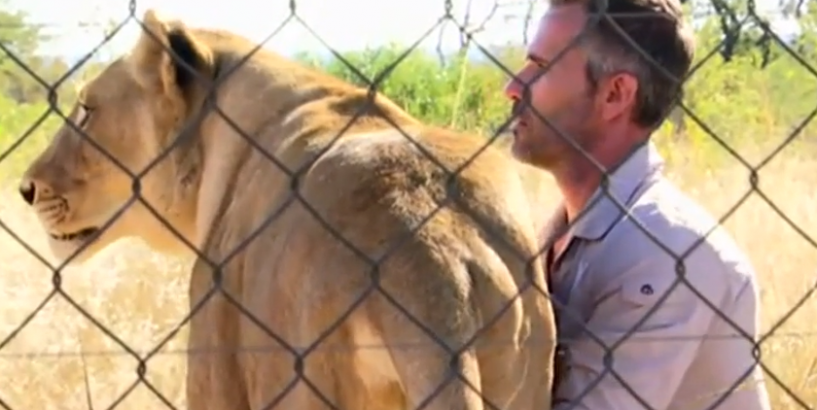 He pets them, gives them back rubs and scratches heads with enormous jaws. And they respond with the same affection.

Lions, leopards, and hyenas return all the affection that Richardson has for them.

He said he respects that the 26 lions, four leopards and 14 hyenas in his sanctuary are predators, but at the same time, he makes sure they have enough to eat and live comfortable lives.

The goal of his wildlife sanctuary is to provide a safe place for African predators, to make sure the species survive.

They're all family to him, and he's worried that large carnivores in Africa are in decline.

Their habitats are being taken, they're being killed off by poachers, and they're dying from diseases.

He especially wants people to know about hyenas, who are seen as scavengers, but he sees them as formidable predators.

You would think Richardson grew up among these animals, but that's not the case. He grew up in a suburb of Johannesburg but now belongs in the wild.