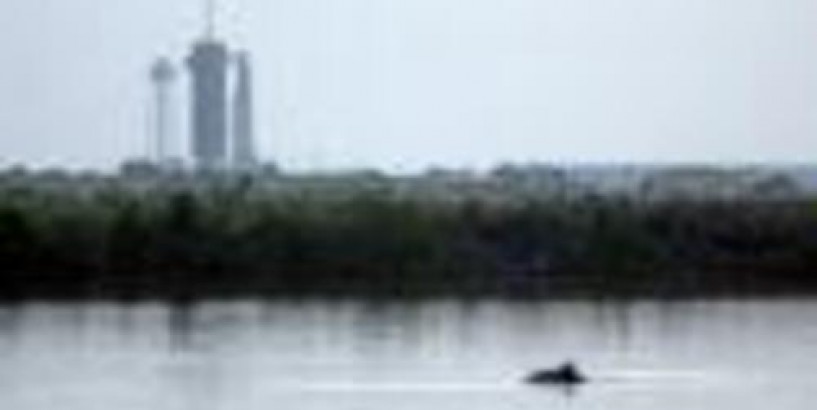 "We are moving forward with launch today," NASA chief Jim Bridenstine said in a tweet. "Weather challenges remain with a 50 percent chance of cancellation."

Weather forced the last-minute postponement on Wednesday of what would have been the first launch of American astronauts from US soil since the space shuttle program ended in 2011.

The next window, which is determined by the relative position of the Florida launch site to the space station, is Sunday at 3:00 pm (1900 GMT), and fair weather is predicted.

The mission, dubbed "Demo-2," is the final test flight before NASA certifies the SpaceX spacecraft for regular crewed missions.

Behnken, 49, and Hurley, 53, former military test pilots who joined the US space agency in 2000, are to blast off from Launch Pad 39A.

The same launch pad was used by Neil Armstrong on Apollo 11's landmark 1969 journey to the Moon, and NASA is seeking to revive excitement around human space exploration ahead of a planned return to Earth's satellite and then Mars.

Behnken and Hurley were going through the same preparations Saturday that they went through on Wednesday.

They donned their futuristic SpaceX-designed spacesuits four hours before launch and exchanged final words with NASA chief Bridenstine, who was wearing a mask because of the coronavirus pandemic.

After saying goodbye to their wives -- both former astronauts -- and children they will be driven to the launch pad in a white electric car built by Tesla, one of Musk's other companies.

The hatch on Crew Dragon is to be closed about two hours before blastoff, followed by the arming of the emergency escape system.

The mission comes despite nationwide shutdowns caused by the coronavirus crisis and protests in several US cities over the killing of a black man in Minneapolis by a white police officer.

Behnken and Hurley, veterans of two space shuttle missions each, have been in quarantine for more than two weeks and have been regularly tested for COVID-19.

NASA has urged crowds to stay away from Cocoa Beach, the traditional viewing spot -- but that did not deter scores of space fans on Wednesday and large crowds were expected again on Saturday.

President Donald Trump, who flew in for the previous launch attempt, is also planning to attend.

NASA has had to pay Russia for its Soyuz rockets to take US astronauts to space ever since the shuttle program ended and the decision was taken to shift to commercial partners.

The Crew Dragon mission is a defining moment for SpaceX, which Musk founded in 2002 with the goal of producing a lower-cost alternative to human spaceflight.

By 2012, it had become the first private company to dock a cargo capsule at the ISS, resupplying the station regularly ever since.

The US space agency paid more than $3 billion for SpaceX to design, build, test and operate its reusable Dragon capsule for six future space round-trips.

SpaceX conducted a successful test flight of Crew Dragon to the ISS in March 2019 with a sensor-laden mannequin on board named Ripley, after the character played by Sigourney Weaver in the "Alien" movies.

The project has experienced delays, explosions, and parachute problems -- but even so, SpaceX has beaten its competitor, aerospace giant Boeing, to the punch.

"This is a monumental achievement, it's a herculean task by the SpaceX team," said Bridenstine. "They came up with solutions that had never been dreamed of before."

Crew Dragon is scheduled to dock with the ISS about 19 hours after liftoff, for a duration that is yet to be finalized, but likely around early August.

Wednesday's flight was scrubbed 17 minutes before blastoff because of high levels of atmospheric electricity that could have triggered a lightning strike on the rocket.

With Behnken and Hurley strapped into the Crew Dragon capsule, the launch pad platform retracted and rocket fueling underway, SpaceX and NASA made the call to abort.