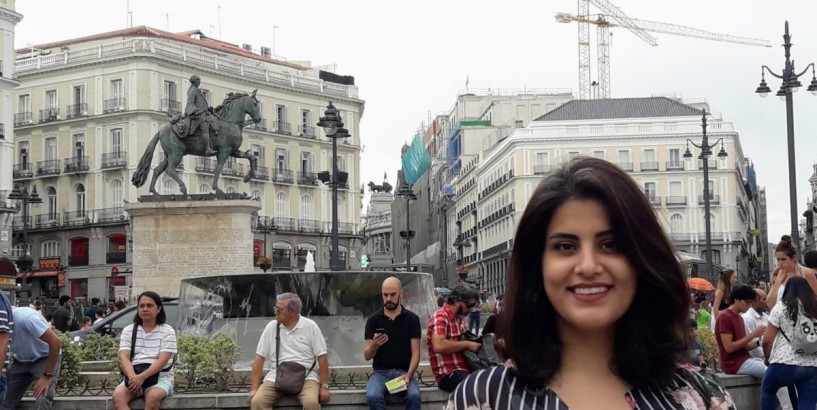 Hathloul, along with at least a dozen other women’s rights activists , were arrested over a year ago as Saudi Arabia ended a ban on women driving cars , which many of the detainees had long campaigned for. Local media tarred them as traitors.

Some of the women appeared in court earlier this year to face charges related to human rights work and contacts with foreign journalists and diplomats, but the trial has not convened in months.

The case has drawn global criticism and provoked anger in European capitals and the US Congress following last year’s murder of journalist Jamal Khashoggi by Saudi agents inside the kingdom’s Istanbul consulate.

Rights groups say at least three of the women, including Hathloul, were held in solitary confinement for months and subjected to abuse including electric shocks, flogging, and sexual assault.

Saudi officials have denied torture allegations and said the arrests were made on suspicion of harming Saudi interests and offering support to hostile elements abroad.

The government communications office did not immediately respond to a request for reaction to the comments by Hathloul’s family on Tuesday about a release deal offer.

In March, she and some of the other women described in a closed court session the mistreatment they had experienced, sources familiar with the matter said at the time.

Is it the end of guardianship in Saudi Arabia? – Cartoon [Mohammad Sabaaneh/Middle East Monitor]