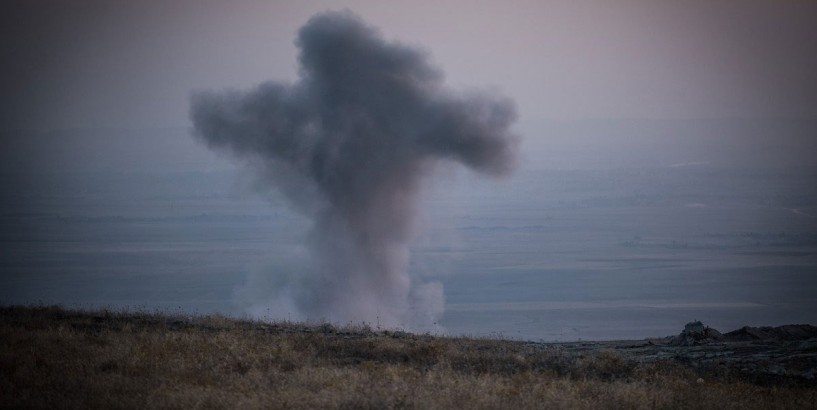 Rockets hit near Iraq base hosting US forces

Rockets hit near Iraq base hosting US forces November 9, 2019 at 3:46 pm | Published in: Asia & Americas , Iraq , Middle East , News , US Smoke rises after a bombing attack in Iraq, 10 October 2016 [Alex Kühn/Anadolu Agency] November 9, 2019 at 3:46 pm A barrage of 17 rockets landed near a military base housing US forces in northern Iraq, as reported by Anadolu Agency.

No casualties or damages were reported.

It remains unclear who was behind the fire.

Qayyara base is housing US forces as part of the US-led coalition fighting the Daesh group.

In 2017, Iraqi authorities announced Daesh presence has been largely eradicated and regained the territories once held by the terror group.

However, Daesh still have a presence in the rural areas of Anbar, Diyala, Kirkuk, Saladin and Mosul and perform acts of terrorism against civilians.