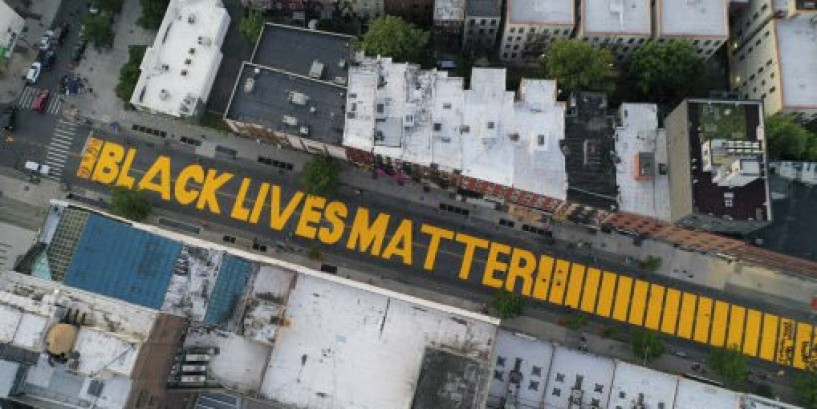 Racism Against African Americans: Does The World Give A Hoot?

But all of that excitement quickly gave way to anxiety when the immigration officer took me aside for further questioning. I stood aside like a criminal until everyone else had been cleared. I became anxious and apprehensive, and not even the gentle breeze wafting in from the nearby Pacific Ocean could calm me down.

As I stood aside wondering what my crime was, my mind went back to a similar experience I had a couple of years earlier at the Florence International Airport, Italy.

On that occasion, Italian Police unleashed their dogs on me, bruised my ego, insulted my personality, and deflated my little ‘African’ integrity, just because I was black . But that’s a story for another day. I wanted to use this anecdote to not only establish an experiential premise for my arguments in this opinion piece, but also to make a case for the different versions of racial discrimination against the black race.

Perhaps, they’re afraid of being labelled ‘rebellious’ or ‘aggressive’ or ‘miserable’ or even ‘ungrateful’. And so the delusion goes on. I had been undecided or perhaps, reluctant to pen down these thoughts. The case of Vanessa Nakate earlier in the year nearly made me react, but George Floyd’s case was the last straw that broke the camel’s back. As soon as “I can’t breathe” trended on Twitter, I knew I couldn’t hold back any longer. I knew I had to let my pen go wild.

“I can’t breathe” George Floyd was born in North Carolina and raised in Texas. In more ways than one, he was American, at least on paper. However, his African-American identity haunted him until death.

I’m not interested in recounting the sad and inhumane story of what led to Floyd’s death. But the circumstances surrounding the death of George Floyd left me wondering if the situation and the outcome would have been any different if he had been a white American. The white police officer at the centre of the controversy, Derrick Chauvin, reportedly knelt on Floyd’s neck for close to eight minutes until he became unconscious and unresponsive.

READ MORE George Floyd: ‘It’s time to end racism in the US police’

Not even the repeated shouts of “I can’t breathe” by Floyd could stop Chauvin. Would Chauvin have been this brutal and insensitive had Floyd been a fellow white American? I don’t think so.

Although, Chauvin has been charged with second-degree murder and manslaughter for Floyd’s death, that will never bring him back from the dead. The Federal Bureau of Investigation (FBI) is conducting a federal civil rights investigation into the incident, but the outcome won’t matter much.

Prosecuting and putting Derrick Chauvin behind bars will be perceived by many as justice. But the greater justice would be for America to put an end to this deeply rooted and systemic racism against black people. And they can, if they want to. Black lives matter, and certainly not less than white lives.

America is not yours America is a country steeped in racism, it’s a sad reality. America might be home to you, but if you’re not a white American, America is not yours. It doesn’t matter if you’re African-American or Black American; if the colour of your skin is not visually white, America doesn’t belong to you. Let that sink in.

A long-standing notion among many (but not all) white Americans is that black immigrants, including African Americans, should be eternally grateful for living in the US. With so much trepidation, blacks in America almost constantly have to tread a difficult path. They have to be well behaved, in a manner that humiliates them and strips them off their freedom, choice and dignity.

The impression is that the black community is hugely indebted to America and should just live without a sense of entitlement. For America, being black means one is not automatically entitled to a humane treatment; one has to work extra hard to earn that.

America is a country of double standards, there are scapegoats and there are sacred cows. The stereotype that every black man is potentially a criminal has been internalized in American society. So, if you’re black in the US, you have to be the good black who doesn’t break the rules . You have to always be at your best possible behaviour even if it means walking on eggshells. You have to be the one who stands in line and doesn’t jump the queues at train stations. If your white American neighbour verbally or physically abuses you, you’re supposed to swallow it and not complain.

Meanwhile, there’s a parallel world for white Americans who break the rules and get commended for it. On 14 June, 2020, another black, Rayshard Brook was killed by a white police officer in Atlanta, US. The police brutality and selective injustice against African Americans are well documented and there doesn’t seem to be an end to it.

Blackness is endangered Earlier in January, 2020, American based Associated Press (AP) deliberately cropped out Vanessa Nakate, a Ugandan climate activist, out of a photo sent to customers across the world.

Ugandan activist Vanessa Nakate spoke out after a news agency cropped her out of a photo of climate activists at Davos. The agency later updated with the correct photo.

“Does an African activist have to stand in the middle just because of fear of being cropped out?” pic.twitter.com/g4fKikqSkG

The photo, which originally included five activists, had been taken at the World Economic Forum in Switzerland by an AP photographer who cropped out Nakate, leaving an image of four white women. He cropped out black skin and Africa, but he also cropped out something even more important: humanity.

Although the Associated Press apologised, calling the act an “error in judgment”, the message they intended to deliver was viewed by people worldwide. The story of Vanessa Nakate is another classical example of racial prejudice perpetrated by American media against black people.

Sadly, we live in a world where humanity is no longer the central organizing principle of mankind, but race, colour and bigotry.

Not Trump’s Fault To set the record straight, I dare say that the current President of the United States of America, Donald Trump, is not responsible for the racism in America . The racism in America is historic, systemic and institutionalised. It is older than Trump and his presidency.

However, I also dare say that President Trump is in a position to make things right. He is in a position to change the narrative and rewrite history. Later in November, Trump will be going to the polls to test his popularity once again. How he handles the George Floyd’s murder and its aftermath will help shape things in the next US presidential election.

And if I were him, I would build bridges instead of walls. Until that happens, America will remain a society in which blacks are victims of racial profiling and selective injustice. But does the world really give a hoot? I don’t think so.