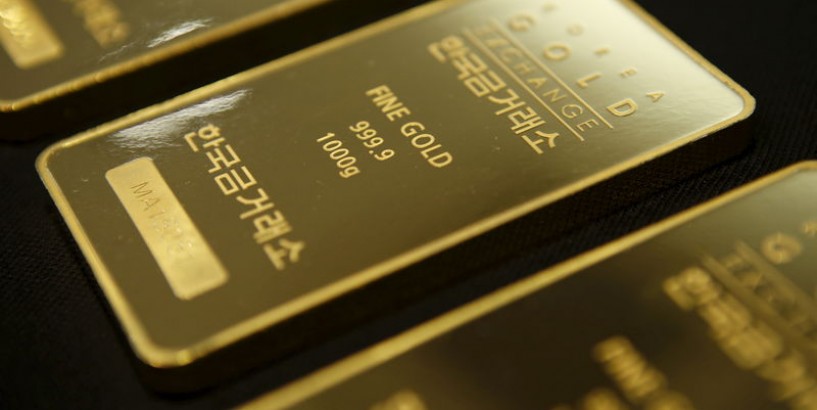 © Reuters. PRECIOUS-Gold prices inch up amid cautious mood; investors eye ECB meet Sept 11 (Reuters) - Gold prices edged up on Wednesday, but hovered near a four-week low hit in the previous session as risk appetite improved amid hopes of an interest rate cut by the European Central Bank and fiscal stimulus measures from Germany, Europe's largest economy.

* A senior White House adviser tamped down expectations on Tuesday for the next round of U.S.-China trade talks, urging investors, businesses and the public to be patient about resolving the trade dispute between the world's two largest economies. As the fallout from the U.S.-China trade war broadens, Bank of Japan policymakers are more open to discussing the possibility of expanding stimulus at their board meeting on Sept 18-19, sources familiar with their thinking say. Position unwinding was also apparent in bond markets ahead of key central bank policy announcements including the European Central Bank on Thursday and the U.S. Federal Reserve next week.

* Deutsche Bank (DE: DBKGn ) said on Tuesday that it now forecasts another 100 basis points of rate cuts and see growth falling to below 1.5% by mid-2020, assuming there is no escalation in the trade war between the United States and China. Germany's 30-year government bond yield rose into positive territory on Tuesday for the first time in over a month, lifted by expectations for fiscal stimulus and uncertainty over whether the ECB will launch asset purchases this week. German Chancellor Angela Merkel said on Tuesday her government was sticking to its balanced budget policy, tempering expectations for fiscal stimulus in Europe's largest economy. The recent drop in long-term bond yields below shorter ones in key sovereign bond markets is not "a vote of confidence" in the economic outlook, the head of the Bank of England said on Tuesday. South Africa's main platinum mining union said it had formally declared that wage talks with Anglo American (LON: AAL ) Platinum (Amplats) AMSJ.J and Sibanye-Stillwater SGLJ.J were deadlocked, raising the possibility of strike action if the issue cannot be resolved.