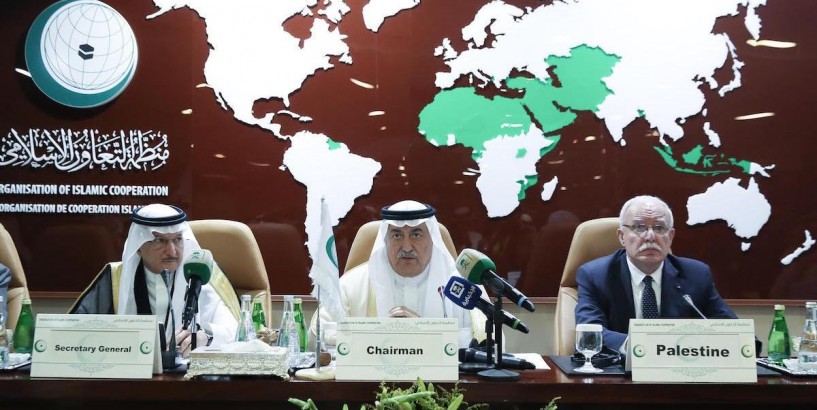 The meeting discussed the recent Israeli Prime Minister Benjamin Netanyahu’s remarks in which he said he would annex large parts of the occupied lands in the West Bank — including the Jordan Valley.

In his speech during the meeting, Riad al-Malki, the Palestinian foreign minister, said: “Netanyahu’s recent announcement undermines the efforts of peace and threatens the regional and world stability.”

Yousef Al-Othaimeen, the OIC secretary general, in his opening speech called “to put in place mechanisms to hold Israel accountable for its aggression against the Palestinians.”

Although Arabs are facing many other challenges, Al-Assaf said, the Palestinian cause will remain the central cause for them.

On Tuesday, Netanyahu promised during an electoral rally that if he wins general elections, which is slated for Sept. 17, he would annex parts of occupied lands in the West Bank — including north of the Dead Sea and Jordan Valley.

Netanyahu’s announcement caused condemnations from Muslim states and many other countries.