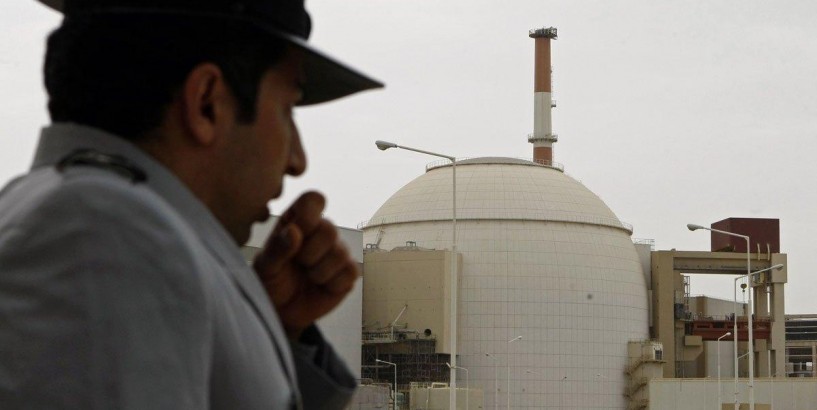 Netanyahu: Iran had secret nuclear weapons development site in Abadeh September 9, 2019 at 6:02 pm | Published in: Iran , Israel , Middle East , News Iran's nuclear power plant [File photo] September 9, 2019 at 6:02 pm Israeli Prime Minister Benjamin Netanyahu said on Monday that Iran had been developing nuclear weapons at a secret site near the city of Abadeh, but that Tehran destroyed the facility after learning it had been exposed.

It was the first time Netanyahu had identified the site, which, he said, was discovered in a trove of Iranian documents Israel previously obtained and disclosed last year.

“In this site, Iran conducted experiments to develop nuclear weapons,” Netanyahu said in broadcast remarks, showing an aerial picture of several small buildings, including their coordinates, that he said were taken at the Abadeh facility late in June 2019.

“When Iran realised that we uncovered the site, here’s what they did,” he said, showing a picture from a month later in which the buildings no longer appeared. “They destroyed the site. They just wiped it out.”

Netanyahu’s comments followed a Reuters report revealing that the International Atomic Energy Agency found traces of uranium at a different site in Iran that the Israeli leader had first pointed to during a speech last year at the United Nations.

OPINION: The whole world is a threat to Israel’s security

Iran had yet to explain the traces of uranium at that site, though it denies ever having sought a nuclear weapon .

Netanyahu, who strongly opposed a 2015 nuclear deal between Iran and world powers, made the remarks in a televised speech about a week before a general election in Israel in which he is in a tight race to win another term.

“I call on the international community to wake up, to realise that Iran is systematically lying,” Netanyahu said. “The only way to stop Iran’s march to the bomb, and its aggression in the region, is pressure, pressure and more pressure.”