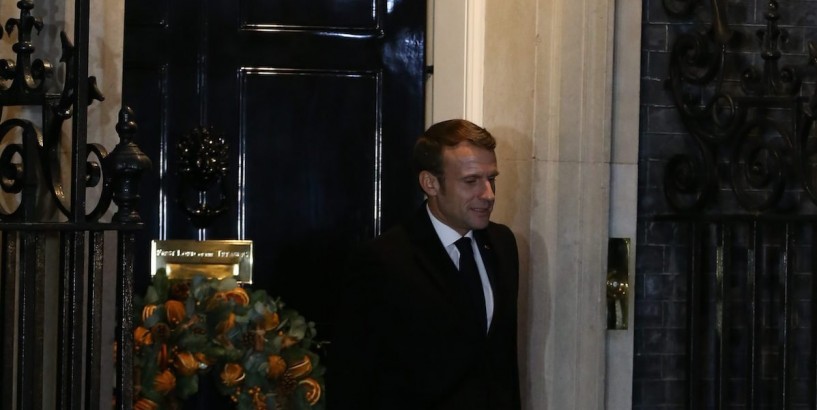 “I’m very happy that we had a very useful meeting yesterday with British Prime Minister, Chancellor [Angela] Merkel and President Erdogan,” Macron told a news conference after the NATO leaders’ summit in London.

The meeting, which helped clarify various issues, also “allowed us … to reaffirm our priority in fighting ISIS , and our common commitment to the refugee issue and a political solution to the Syrian conflict,” the French leader said, in remarks translated into English.

Erdogan on Tuesday met Macron and Merkel, alongside host Johnson at the residence of the prime minister at 10 Downing Street.

However, the French leader reiterated his opposition to classifying PKK terrorist Syrian offshoot YPG as a terror group.

“We’re combatting the PKK and those groups that are fighting against Turkey directly. But we’re not equating these different political and military groups to each other. So, we disagree on this. And that has not been changed,” said Macron.

However, he added: “When … certain groups do have terrorist intentions on Turkish soil against the Turkish country, [for us] there’s no ambiguity about the fact that we will fight against those groups,” he added.

Under two separate deals with the US and Russia, Turkey paused the operation to allow the withdrawal of YPG/PKK terrorists from the planned Syria safe zone.

Ankara wants YPG/PKK terrorists to withdraw from the region so a safe zone can be created to pave the way for the safe return of some 2 million refugees.