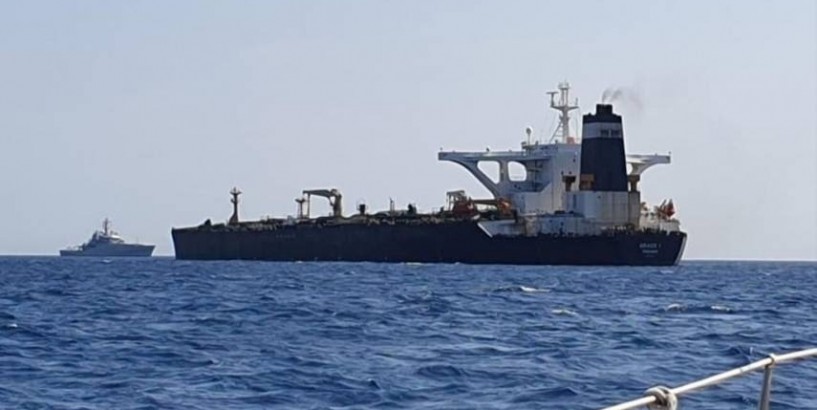 Khanzadi indicated, in a press statement issued by Fars News Agency today, that “the Red Sea’s maritime security has been undermined, as several oil tankers have been targeted in recent months, which requires further strengthening the presence of our troops in this zone.”

On 11 October, an Iranian oil tanker, near the Jeddah Islamic Por t, was attacked by two unidentified missiles, which resulted in an explosion, leaving the ship with severe damages and a fire inside it.

Khanzadi warned that the latest terrorist acts against the Iranian oil tankers in the Red Sea were carried out by the US, adding: “Today we have reached the necessary security level in the Red Sea, and if they commit any foolishness they will receive a heavy response.”

He explained that the Iranian Navy’s patrols, including the 63 and 64 patrols, have been recently sent to the Red Sea. Thus, the Damavand destroyer and the Bandar Abbas logistics ship are currently present and have protected several oil tankers in the Red Sea and escorted them to the Suez Canal.

Khanzadi referred to the industrial achievements realised by the Iranian navy.

He pointed out that the project of building warships, with artillery weapons, was initiated years ago, in addition to the Mowj project, designated to build destroyers, which has also been launched earlier. Hence, three ships have been manufactured so far.

Khanzadi indicated that the Damavand destroyer had been built and the ship’s performance in water has been already tested, while the work on the installation of equipment is underway.

He added that the Damavand destroyer is equipped with new impulse and armament technologies and will be launched at the end of this year (Iranian expires on 21 March).

Khanzadi revealed that the construction of a mega destroyer would be initiated next year.

The Navy commander conveyed that the construction of the mega destroyer, known as Negin Project (the Pearl), and the Besat class submarine, which has exclusive features, will begin next year.

He pointed out that the high tonnage ship Mowj 6 will be in the category of triple structure vessels, noting that “the new battleships will be equipped with the Eye Eagle Falcon radar system.”

Khanzadi also talked about the process of manufacturing electronic warfare equipment, saying: “Drones developed by researchers in the Iranian Navy are considered as a new tool and a strategic asset for the naval forces. He explained that the drones fly vertically and have complex advantages, as they can attack moving targets at sea, employing very sophisticated techniques.”