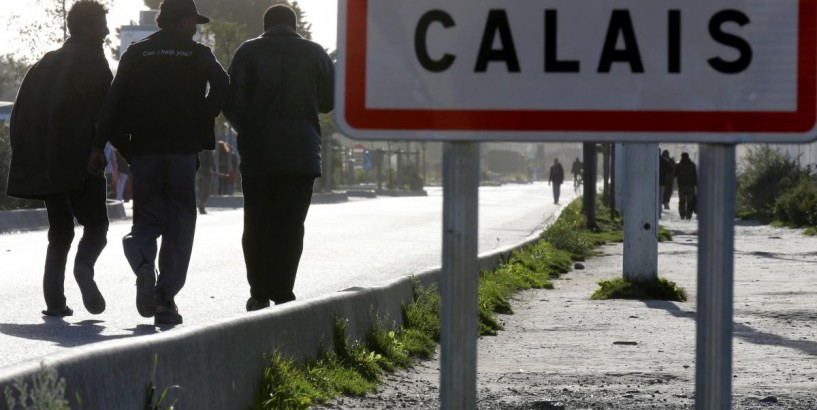 Iran teen found in British couple’s car at Calais September 9, 2019 at 1:19 pm | Published in: Europe & Russia , France , Iran , Middle East , News , UK Migrants pass by a road sign as they leave the northern area of the camp called the "Jungle" in Calais, France, 25 September 2016. [REUTERS/Pascal Rossignol] September 9, 2019 at 1:19 pm A British couple were accused of people smuggling after a 16-year-old Iranian boy was found in the boot of their car at Calais.

After French police searched Jordan Valentine and Sam Hemingway’s car at the ferry point in northern France they found the teenager hiding underneath their luggage. The couple told immigration officials they had no idea he was inside.

They were detained for two and a half days and denied access to a lawyer and an interpreter. Valentine, who suffers from mental health problems, asked to see a doctor but the request wasn’t granted.

They were released when French police tested the car and found that the locking system was easily compromised.

The discovery of the Iranian teenager comes amid tightening restrictions on the entry of migrants into the UK.

Last week the Home Office said it was preparing to end the system of family reunification which enables unaccompanied minors to join their relatives in the UK if Britain leaves the EU without a deal.

Charities have warned that child refugees will settle for dangerous routes and modes of transport to enter the country, rather than being deterred from entering.

Last week another British couple found a 17-year-old from Egypt hiding in the top box of their car when they returned to Berkshire after spending a night in a hotel in Calais.

At the end of August 30 adults and two children from Iran and Iraq were rescued from the Channel, which they were trying to cross.

The waterway between France and Britain is one of the most dangerous in the world yet roughly 1,000 have already tried to cross this year alone.

At the end of August Britain and France met to discuss cross-border collaboration and how to keep the number of migrants down.

Despite being urged by campaigners to consider the welfare of migrants and to put their dignity first, they agreed on increased boat patrols, CCTV cameras and drones.