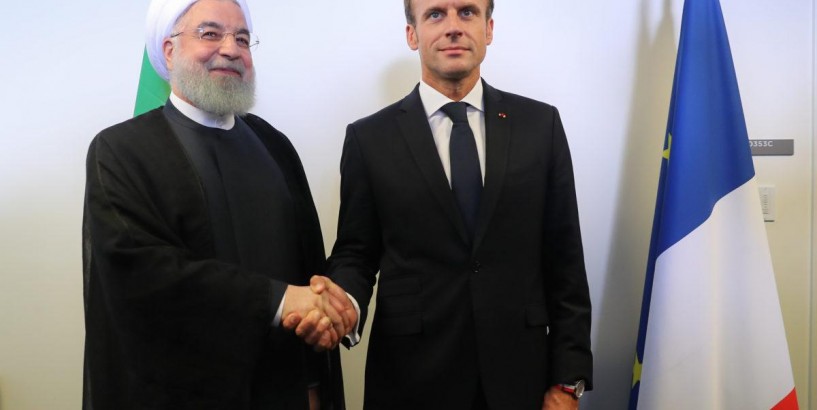 She said the test did not comply with UN Security Council Resolution 2231 and called on Tehran to immediately stop all its ballistic missile-related activities designed to carry nuclear weapons. READ: France supporting Iran against US ‘trade policeman’

President Donald Trump pulled Washington out of the nuclear deal, approved before he took office, in May and reimposed sanctions on Tehran. Trump said the deal was flawed as it did not include curbs on Iran’s development of ballistic missiles or its support for armed proxies in Syria, Yemen, Lebanon, and Iraq. Cartoon of President Trump ripping Iran’s Nuclear deal [Twitter] Categories Asia & Americas Europe & Russia France Iran Middle East News US This work by Middle East Monitor is licensed under a Creative Commons Attribution-NonCommercial-ShareAlike 4.0 International License . If the image(s) bear our credit, this license also applies to them. What does that mean? For permissions beyond the scope of this license, please contact us . Spotted an error on this page? Let us know Related