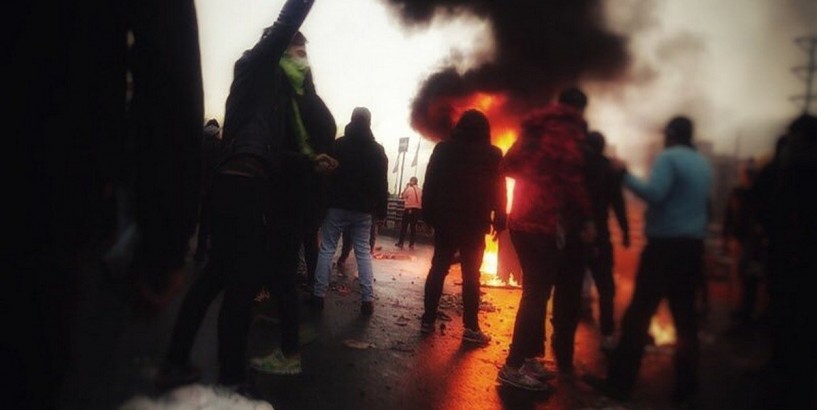 State television acknowledged killings of protesters, without giving figures, some hours before US President Donald Trump said Iran “is killing perhaps thousands and thousands of people right now as we speak”.

The unrest, which began on November 15 after the government abruptly raised fuel price s by as much as 300%, rapidly spread to over 100 cities and towns and turned political with young and working-class protesters demanding clerical leaders step down. Protests were snuffed out last week by a security crackdown.

State TV said: “Rioters were armed with knives and weapons. They had taken people hostage by closing all roads in some areas. Security forces had no other choice but to firmly confront them…and rioters were killed in clashes.”

Iran has provided no official death toll, but Amnesty said it had documented the deaths of at least 208 protesters, making the disturbances the bloodiest since the 1979 uprising that toppled the US-backed shah and swept Shia clerics to power.

Iran’s judiciary spokesman on Tuesday rejected the death toll given by “hostile groups” as “sheer lies”, the TV reported.

Tehran authorities cut off internet access for a week during the unrest, blocking those inside the country from sharing their videos and information on social media to generate more support.

The TV report said security forces clashed with “rioters armed with semi-heavy weapons” in Mahshar, in Iran’s oil-rich southwest province of Khuzestan, which suffered one of the highest death tolls. It also said some passersby and some members of the security forces were also killed.

Anger over economic stagnation and reputed graft within the clerical and security hierarchies has been building since last year when Trump pulled the United States out of world powers’ 2015 nuclear deal with Iran, calling it defective, and reimposed sanctions that have further crippled Iran’s oil-based economy.

Iran has accused the United States and its regional allies of fomenting the unrest, which Supreme Leader Ayatollah Ali Khamenei described as the work of a “very dangerous conspiracy”.

Trump, in London for a NATO summit, told reporters on Tuesday the United States did not support the anti-government unrest but soon afterward tweeted that it did back “the brave people of Iran who are protesting for their freedom”.

The Intelligence Ministry said leaders of a group planning unrest at universities in Tehran this weekend had been arrested, and that many of the 2,021 people detained in the area around the capital last month had since been released.