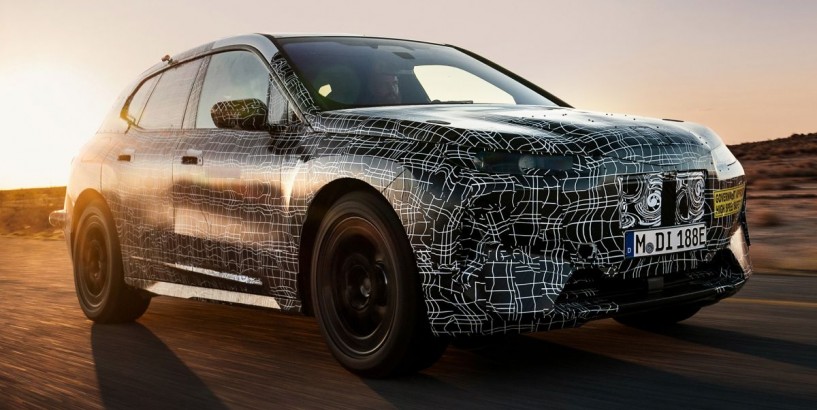 Development work on the BMW iNEXT is clearly moving along nicely, because even though the electric SUV isn’t due until 2021 at the earliest, Munich has seen fit to furnish us some new photos of its test prototypes.

From the wintry conditions in Arjeplog, Sweden, BMW has now taken the iNEXT to the other extreme – the arid deserts of the Kalahari in Africa. Perhaps it was the weather, but the engineers have removed some of the hard camouflage of the mules, revealing a bit more of the car’s finalised styling.

Despite the slightly obfuscating wrap that remains, it’s clear that the iNEXT will be relatively faithful to the rather blocky concept , with a bluff nose, upswept window line and chunky fender bulges. The slim headlights remain, flanking the space where the massive (and apparently not conjoined anymore) kidney grilles will sit, while triple air intakes surround the latter.

The sides of the car are a little bit different, no longer sporting the show car’s notches in the side window opening and featuring a different design for the rocker panels. The in-vogue side-view cameras have also been eschewed in favour of regular mirrors – at least on the car you see here.

Elsewhere, the suicide doors have been replaced by regular portals, with what appear to be retractable or recessed handles (although BMW put stickers of regular pull handles to try to fool us). Not much can be seen at the rear, except for the large full-width tailgate that seems to engulf the tail lights.

We already know that the iNEXT will get a two-spoke “polygonal” steering wheel , along with a curved display panel for the instruments and infotainment system and possibly Level 3 semi-autonomous driving functionality at launch. Reports also suggest that the car will have a range of up to 580 km afforded by a large battery (which could be larger than 100 kWh), as well as all-wheel drive.