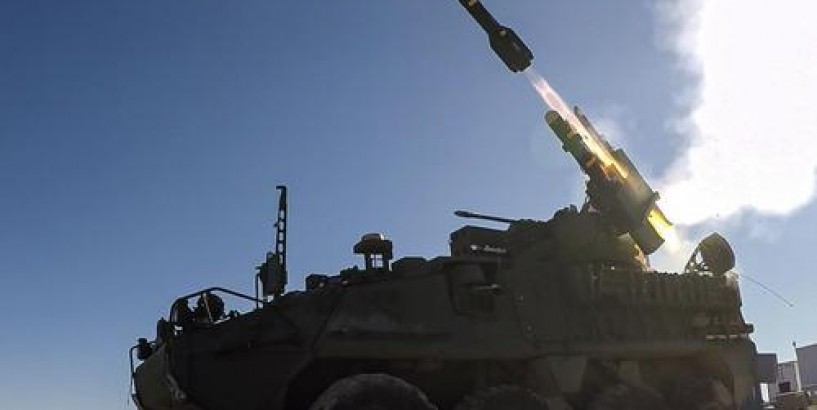 WASHINGTON - The U.S. Army's newest short-range air defense system is one of several projects that are facing delays due to COVID-19, but top officials insist that all major acquisition programs remain on track for their planned delivery dates to the field.

For programs in the two largest categories of acquisition programs, "we remain on track for first unit equipped for all the programs," Bruce Jette, the Army acquisition head, said Wednesday.

One of the programs to fall behind is the Interim Maneuver Short-Range Air Defense (IM-SHORAD) system, which had been scheduled to wrap up developmental testing by June. Last week, Janes reported that there were software issues with integrating the weapons package onto the Stryker combat vehicle-based system used for the IM-SHORAD design. The Army plans to procure 144 of the systems, which would be deployed in Europe.

"I think we flipped a few months to the right, based upon some software issues," said Gen. Mike Murray, the head of Army Futures Command. "And matter of fact, I was just talking to the CEO today on the software issues, and we're jumping on that and they got an update yesterday and we're making great progress, but we did slide that a little bit to the right."

In addition to the software challenge, Murray said the need for COVID-19 safety measures was causing a delay in testing, as well.

"When you're working tests like that, the run up like that for the test, it's almost impossible to maintain the 6 feet of social distancing. So it was getting the right [personal protective equipment] in place, and then the software issues we had," Murray said.

The two officials appeared on a call hosted by the Defense Writers' Group.

Jette said there is only one program that has had to make a "significant" change to its schedule, but described that program as an ACAT 3 level effort - the smallest acquisition category - with the delay a direct result of the small size of the company.

"The greatest sensitivities tend to be down in those programs which have connectivity to small companies, as their major source of technology, delivery services, etc. Because if one person gets sick in the company, you often end up with the entire company being in quarantine for 14 days. And then if they do it again, it gets worse," Jette said.

"So with only one program having a major slip, and that being a small one, I think that's a pretty good success and tells you a little bit about how hard industry is working to try and stay on track," he added.