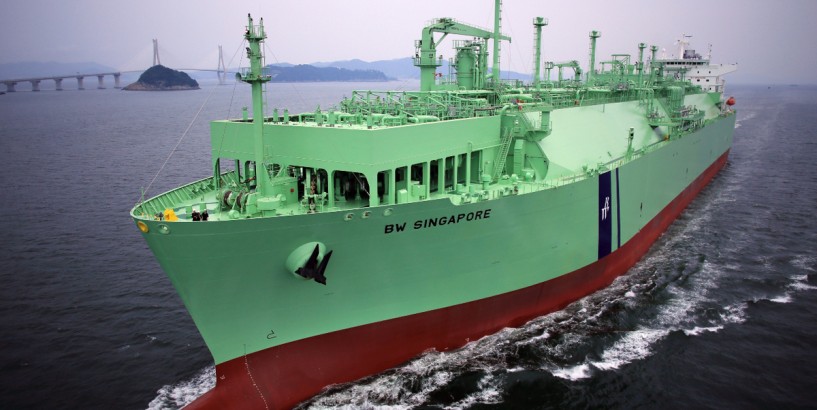 With more than 45 projects in the pipeline, LNG-to-power projects will drive demand for FSRU technology in Africa, Asia and South America, according to Poten & Partners

Less expensive, faster to deploy and more flexible than land-based terminals, floating storage and regasification units (FSRUs) have opened up new markets for LNG. Demand for the vessels is being spurred by countries looking to replace coal and more carbon-intensive fossil fuels with cleaner burning natural gas.

This was highlighted during a webinar, ’Global LNG FSRU Project Update: Is New Demand Development Stalling?’ presented by Poten & Partners in July.

“We could see a lot more of these FSRUs being used for LNG-to-power projects,” said Ms Lovatt, adding, “there are good prospects for further growth.”

Growth will come from over 45 proposed LNG-to-power projects, accounting for over 38,000 MW. “Countries are looking to access LNG to replace dirtier fuels to conform with legislation and access clean energy,” said Ms Lovatt. Those countries are in Africa, Asia and South America. She said many projects plan to use FSRUs, but they have been slow to move ahead. Peak financing for FSRUs and FSUs eclipsed US$4Bn in 2018, some US$3Bn of which was accounted for by LNG-to-power projects in Brazil and Indonesia.

Among the largest LNG-to-power projects is the US$1.74Bn Sergipe project in Brazil. Financial backing for the project included loans and guarantees from Swiss Export Risk Finance, IFC, BRL and IADB. Golar’s 170,000-m 3 FSRU Golar Nanook is on site under a 26-year charter to CELSE to supply gas to a new power plant in Porto de Sergipe.

Ms Lovatt said Golar’s return on capital is about 18% on Sergipe “due to high capacity charge and energy cost achieved in auction, which have shrunk through later auctions.”

There are several other projects in the pipeline, among which is the Barcarena LNG to power project in northern Brazil awarded to Golar in the last A-6 power auction. In July, Golar Power, a joint venture of Golar LNG and Stonepeak Infrastructure Partners, inked a memorandum of understanding (MOU) with Norsk Hydro to develop the first LNG terminal in northern Brazil.

Plans call for LNG to be supplied to Norsk Hydro’s Alunorte aluminium refinery plant located close to the Vila do Conde Port in Barcarena. Golar Power will operate an FSRU starting H1 2022. A critical next step to FID for the project will be finalising agreements with Norsk Hydro over the next four to six months.

The LNG terminal will supply natural gas to Alunorte and the Centrais Elétricas Barcarena 605-MW thermal power plant, which is a subsidiary of Golar Power, previously contracted under a 25-year PPA. Once the terminal becomes operational, Golar Power also expects to operate an LNG distribution network across the region.

Golar said this LNG supply chain will cover ‘an area larger than eastern Europe and consist of thousands of kilometres of river and road transportation systems, serving industrial, commercial, and transportation customers.’

The switch to LNG will underpin Norsk Hydro’s environmental commitment to the local government to pursue a natural gas-based energy solution for the Alunorte plant, one of the world’s largest aluminium refineries. Norsk Hydro plans to cut CO 2 emissions by 30% by 2030.

Besides the environmental benefits, Golar Power chief executive Eduardo Antonello, pointed out the project should have the “potential to significantly reduce energy costs.” He said “Golar Power estimates a potential for replacing approximately 1.8M tonnes of LNG equivalent per annum of LPG, diesel, fuel oil, and coal with the terminal – creating the foundation for a broader transition away from carbon-intensive energy sources in the region.” Added Mr Antonello, “The reduction in LNG prices… has significantly increased LNG’s relative competitive position, not only versus diesel and fuel oil, but also now coal.”

In discussing Höegh LNG’s Q1 2020 results, company president and chief executive Sveinung Stølhe made the point that the FSRU market continues to be quite active because “LNG is cheaper than coal. This is why new LNG importers are now taking advantage.” Höegh LNG has been selected as the preferred provider on two FSRU projects in Latin America and is bidding on seven worldwide. Höegh LNG is looking for additional long-term contract coverage for Höegh Giant , Höegh Gannett and Höegh Gallant beyond 2020.

Another LNG to power project in Brazil is the US$1.1Bn GNA 1 at the Port of Açu. Developed by Prumo Logistica, BP and Siemens, the 1.7-GW project has financial backing from IFC, Brazilian National Development Bank, KfW and Euler Hermes. A second phase of the project, GNA II, will add 1.7 GW of power. Total investment for the two phases will exceed US$2Bn.

In South Africa, Ms Lovatt said the “prospects are much brighter” for LNG development after much delay. South Africa energy company Sasol imports about 4 mmt/y of LNG equivalents by pipeline from Mozambique, but those gas reserves are being depleted. “LNG could help fill the gap when gas declines,” she said.

In particular, Ms Wong said plans for three FSRUs in Lebanon have been slow, due to the Lebanese Government’s efforts to resolve bailout issues with the International Monetary Fund (IMF). QP and Italy’s Eni have been selected to develop the FSRUs, which will be placed at three different locations: Selaata, Zahrani and Deir Amar. The FSRUs would be critical to supporting the Lebanese energy ministry’s plan to run the country’s power plans on natural gas to lower costs and air pollution.

Ms Wong also said some countries are no longer dependent on FSRUs for their energy needs. Egypt, for example, has developed its own gas reserves, but still has the 170,212 m 3 LNG FSRU BW Singapore moored in the Port of Ain Sokhna.

Such projects, however, prove the fast-track ability and flexibility of FSRUs; BW Singapore produced its first gas just five months from project inception.

Ms Wong said Pakistan is also in the market for a third FSRU and several projects are moving through the pipeline in India, the most advanced of which appears to H-Energy’s plans for Jaigarh.

The Indian Ports Association has also issued a request for proposals to assess FSRUs at the country’s major ports.

Ms Lovatt concluded that more conversion financing would be undertaken in 2020 to allow existing LNG carriers to be retrofitted as FSRUs. “As a result of the coronavirus pandemic, a lot of companies are pulling on credit lines,” said Ms Lovatt. “This has meant the cost of funding from banks is rising. The liquidity premium resulting from the pandemic is about 10 to 50 basis points. Factors that come into play are the owner, employment and characteristics of the vessel.”

Clearly, FSRUs will be an integral part of LNG’s future penetration into new markets.