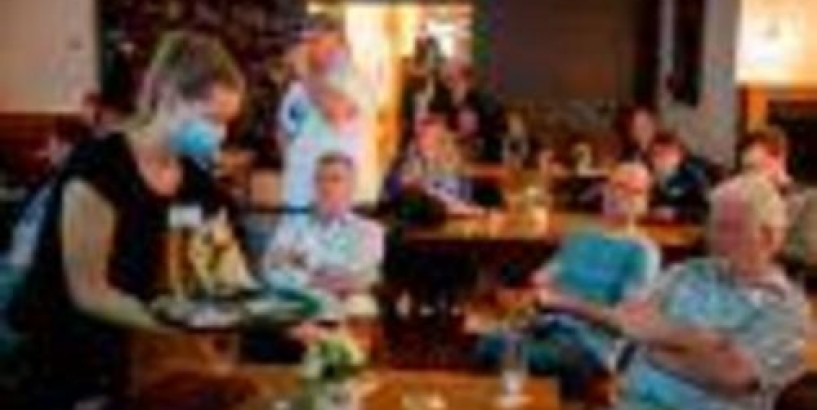 Germany's R-rate spikes above 1 ahead of tracing app rollout

Germany's R-rate, the crucial metric used to determine how rapidly the coronavirus is spreading, spiked above 1 on Sunday according to both daily and weekly measures - just days before the country is set to launch its tracing app.

The news has given rise to concerns that Germany, which won global praise for its response to the crisis, may have relaxed lockdown restrictions too soon.

An "R" or reproduction rate above one indicates that each person with the virus is infecting more than one other person - meaning the number of cases will rise rather than fall. It is one of the key indicators used to understand if authorities have control of the virus. On Sunday morning, the daily R-rate across Germany was 1.02.

More worrying for authorities is the seven-day R-rate, which provides a more stable and reliable indication of how the virus is spreading by aggregating data over a week-long period. That figure stood at 1.09 on Sunday morning - the first time it has risen above one since the metric was introduced in mid-May - reflecting data collated between eight and 16 days ago.

The Robert Koch Institute, which publishes the figure daily, said the new data should be "interpreted cautiously".

It is not clear exactly what would have caused such a spike but some of the most significant outbreaks have occurred in the central German state of Thuringia, which relaxed coronavirus measures in mid-May, earlier than many other parts of the country, and ended contact restrictions entirely on June 13th.

There have been outbreaks in the Thuringian town of Sonneberg, as well as in neighbouring Hersfeld-Rotenburg, Göttingen and Coburg, which are situated just across the border.

Lockdown measures vary in each of Germany's 16 states. Large gatherings remain banned across the country, but bars, restaurants, sports clubs and public transport services have largely reopened, subject to mask requirements. Recent weeks have also seen dozens of rallies across the country, some attracting thousands of people.

The spike in infections comes just before Germany is set to roll out its contact tracing app on June 16th. Originally set for release in April, the "Corona-Warn-App" has been delayed due to a dispute about privacy and data storage.

Under the original plan, the data was to be stored on a central server but critics said this would make it vulnerable to abuse.

Under a new decentralised plan, data will be stored on each user's handset and encrypted before being uploaded centrally, ensuring that information relating to app users will not be accessible.

President of the German Society for Computer Science Hannes Federrath said that while this approach would better address privacy concerns, "it was actually less effective [in tracing the virus] than a centralised system".

Privacy concerns also ensured that the app will rely on Bluetooth rather than location data to track potential outbreaks. Mobile phones with the app installed will record when one phone is within close enough proximity of another that the virus could be transmitted. If someone tests positive for the virus, they will receive a QR code which can be scanned into the app to notify everyone they have come into close contact with.

Authorities in the UK are currently trialling an app based on similar technology, although no release date has been given.