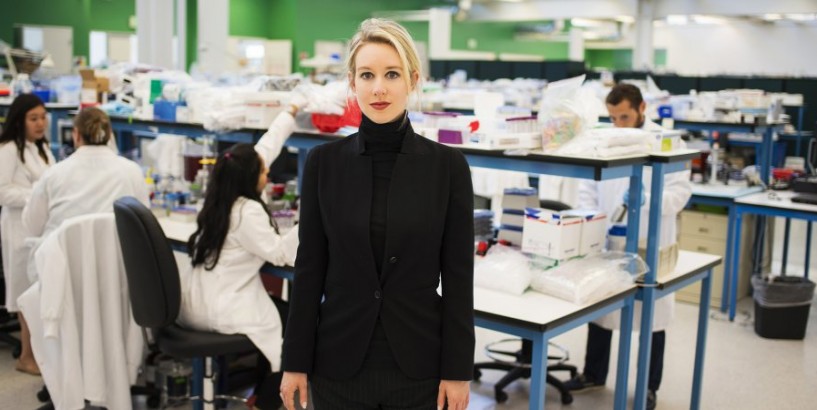 If the business films of 2019 are remembered for one thing, it will probably be fraud .

Theranos founder Elizabeth Holmes and Fyre Festival creator Billy McFarland were both the subjects of fascinating documentaries in 2019, which is natural given the scale of their business scams. Filmmakers this year also tackled uplifting business stories, including the true tale of a teenager in Africa who built a wind turbine to help save his village from famine. While not every film on this list has made its way to theaters, all have earned high praise from critics, some of whom had to travel to film festivals to get an early look.

Here are the 10 best business movies of 2019 (listed alphabetically).

American Factory Produced by Barack and Michelle Obama as the first project in their production deal with Netflix, this documentary goes inside Fuyao Glass, the Chinese auto-glass factory that took over an abandoned General Motors plant in Moraine, Ohio, in 2016. Led by Chinese billionaire Cho Tak Wong, the company provided jobs for around 2,000 unemployed auto workers, but tensions related to Chinese work standards eventually led to new problems for many of the company's U.S. employees.

The Biggest Little Farm A documentary more than eight years in the making, The Biggest Little Farm follows newly minted organic farmers John Chester and his wife Molly as they try to build a sustainable farm outside of Los Angeles. Despite having the backing of a very patient investor, their dream of successfully practicing regenerative agriculture--a type of organic farming that can help reduce climate change--becomes something of a nightmare, thanks to seemingly endless setbacks.

The Boy Who Harnessed the Wind This drama starring and directed by Chiwetel Ejiofor tells the story of William Kamkwamba, a 13-year-old boy in Malawi who learned how to build a wind turbine that could save his village from famine. Based on the book of the same name, The Boy Who Harnessed the Wind premiered at the 2019 Sundance Film Festival, where it won the Alfred P. Sloan Prize for a film that focuses on science or technology.

Framing John DeLorean Part documentary, part narrative film, this hybrid movie includes Alec Baldwin playing the role of John DeLorean, the General Motors executive who went on to found DeLorean Motor Company. While much of the film comprises archival footage and interviews with DeLorean's friends, family, and colleagues, reenactments by Baldwin help tell the story of how DeLorean's eponymous sportscar nearly revolutionized the automobile industry, before his company went bankrupt.

Fyre: The Greatest Party That Never Happened A behind-the-scenes look at the creation of a music festival that never stood a chance of actually taking place, Fyre captures the shockingly fraudulent efforts of Billy McFarland, who conceived of the Fyre Festival as a way to promote an app for booking celebrity talent. The documentary demonstrates the power of viral social media campaigns, while also serving as a cautionary tale for how experimental marketing in the wrong hands can lead to disaster.

The Great Hack A documentary about the data breach that led to Facebook's Cambridge Analytica scandal, The Great Hack focuses on the personal journeys of several individuals at the center of the story, from whistleblower Paul-Olivier Dehay to Cambridge Analytica's former director of business development, Brittany Kaiser. The doc reveals how data can be weaponized to deepen cultural rifts and fight political battles.

The Inventor: Out for Blood in Silicon Valley The Inventor serves as a companion to Wall Street Journal investigative reporter John Carreyrou's best-selling book Bad Blood , which is about Theranos founder Elizabeth Holmes's blood-testing startup that was built on a lie. The film helps explain how Holmes deceived business leaders around the world into thinking she was on the verge of revolutionizing the U.S. health care industry. Interviews with dozens of insiders and never-before-seen footage make for a fascinating case study of one of the biggest business cons in U.S. history.

Where to see it: HBO

Kings of Beer A master class in quality control, this documentary goes inside Budweiser's annual brewmaster competition, which names the best brewmaster from 65 Budweiser breweries around the world based on a rigorous judging process. While the brewers all work for the same company, their competitive instincts and dedication to making the best possible product should strike a chord with any entrepreneur.

Super Size Me 2: Holy Chicken! Fifteen years after exposing the ugly truth about fast food in 2004's Super Size Me , filmmaker Morgan Spurlock is back for more, this time to document his own attempt at creating a restaurant chain specializing in chicken sandwiches. This documentary sequel exposes its own fair share of shady corporate practices that keep a stranglehold on U.S. chicken farmers, while also skewering the way marketers have convinced consumers that fast food can also be good for you.