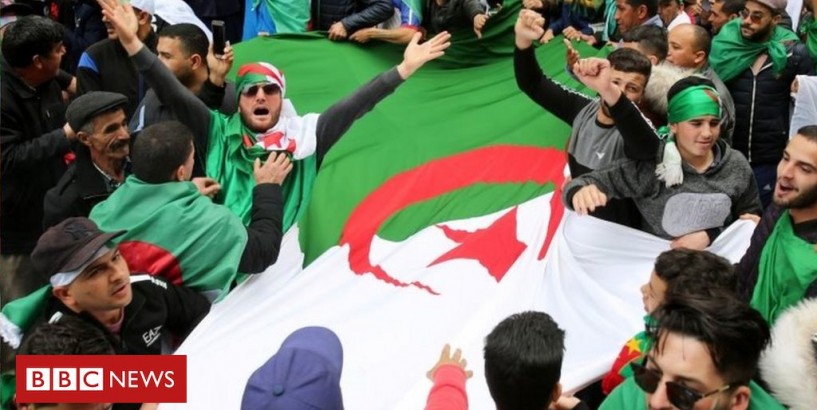 Algerian President Abdelmadjid Tebboune disclosed the move at a military ceremony on Thursday.

The skulls of some of the fighters have been on display in a museum in Paris.

Algeria gained independence from France in 1962 after a bloody seven-year war, which ended more than a century of a colonial rule.

President Emmanuel Macron has described the colonisation of the North African country as a "crime against humanity".

France in rare Algeria torture admission Algerians angry at France over 'traitors' Mr Macron has also expressed a desire for French-Algerian relations to be forward-looking despite historical enmities and past tragedies.

What did the Algerian president say? Speaking on Thursday, President Tebboune said that "within a few hours Algerian military planes will fly in from France... with the remains of 24 [members] of the popular resistance".

He said that some of the remains belonged to leaders of the resistance movement.

Among them was Sheikh Bouzian, who was captured by the French in 1849, then shot and decapitated.

President Tebboune said the resistance fighters "had been deprived of their natural and human right to be buried for more than 170 years".

The skulls of nearly 40 Algerian fighters were taken to France as trophies in the 19th Century and later put on display at the National Museum of Natural History in Paris.

Algerian and French historians and intellectuals have been campaigning for years to return these skulls to Algeria.