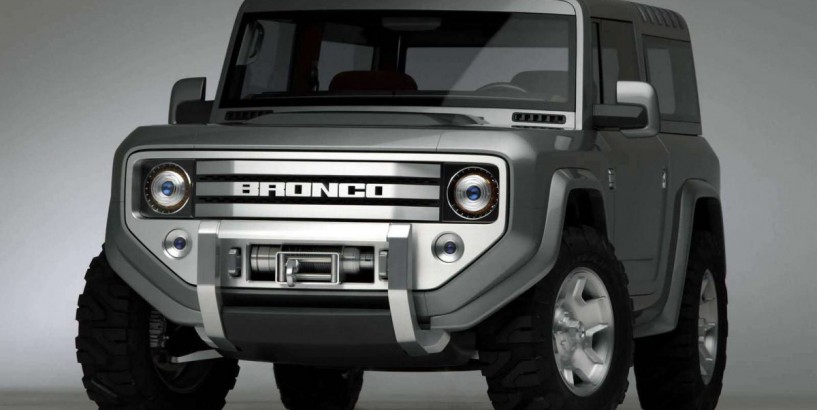 The Ford Bronco nameplate will be making a reappearance as a Ranger-based, though retro-styled SUV that is anticipated to arrive in 2020, along with a smaller, also rugged off-road utility dubbed the ‘baby Bronco’ . These, however, won’t exactly be making their entrances as global models.

A slide visual from Ford’s Q2 2019 earnings presentation depicted the Bronco as earmarked for North America, the Middle East and Africa, while the ‘baby Bronco’ has been listed for North and South America. The illustrated legend also indicates that neither SUV will be offered as a hybrid or full-electric offering, within the charted timeline at least.

As the chart ends at 2020, further versions such as electrified Broncos or expanded reach into other markets such as Europe can’t be ruled out for developments beyond next year, though the slide does indicate that the forthcoming fully-electric, Mustang-inspired SUV is bound for Europe and China. Meanwhile, the next F-150 gains electrification and will enter the South America, Middle East and Africa markets – both models will also be for North America.

The absence of sedans in the product slide reiterates the company’s plan to phase out the three-box bodystyle for the North American market, citing shrinking demand for conventional passenger cars in its home market. At the same time it announced the phasing out of sedans, Ford also said that it will bring 16 battery-electric vehicles to market by 2022.

Powertrain for the forthcoming Ford Bronco is expected to be the firm’s 2.3 litre turbocharged EcoBoost four-cylinder petrol engine, mated to a 10-speed automatic; a driveline combination that is also found in the Mustang . In the iconic two-door, the powerplant produces 300 hp and 441 Nm of torque, though the Bronco and ‘baby Bronco’ will drive all four wheels.