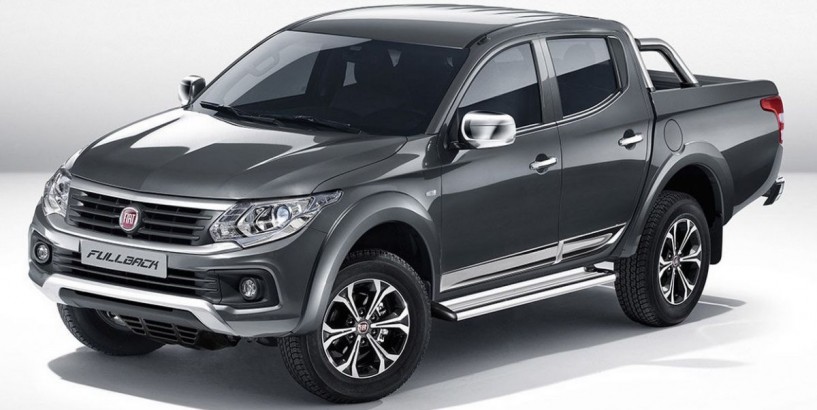 Fiat has unveiled a new pick-up truck at the 2015 Dubai Motor Show. Called the Fiat Fullback, it’s essentially the current Mitsubishi Triton with a different badge. Both brands have previously signed an agreement which details that Mitsubishi would supply the trucks, while Fiat will sell it through its network. The Fullback name is derived from the position in rugby and football.

In the Middle East and Africa, where it is destined to be sold, the Fullback will be powered by a 2.5 litre turbodiesel engine with two outputs – 110 PS and 178 PS – the same engines found in the Malaysian-market Triton VGT and Triton Quest . The other option is a 2.4 litre NA petrol engine with 132 PS. Transmission options include a five-speed manual or a five-speed automatic.

Over in Europe and the UK, the Fullback will come with a newer 2.4 litre turbodiesel mill with two outputs – 150 PS and 180 PS – as seen in the Thai-market Triton . Transmission-wise, it will be paired with either a new six-speed manual or a five-speed automatic gearbox which features sports mode. The Fullback will go on sale by May 2016.

On a separate but similar note, Fiat recently revealed a smaller truck for the South American market. Previously thought to be the outcome of the Mitsubishi-Fiat agreement, the Toro is a different truck altogether. Based on a Jeep Renegade , the Toro is powered by a 1.8 litre flex fuel engine with 138 hp or a 2.0 litre Multijet turbodiesel with 170 hp.