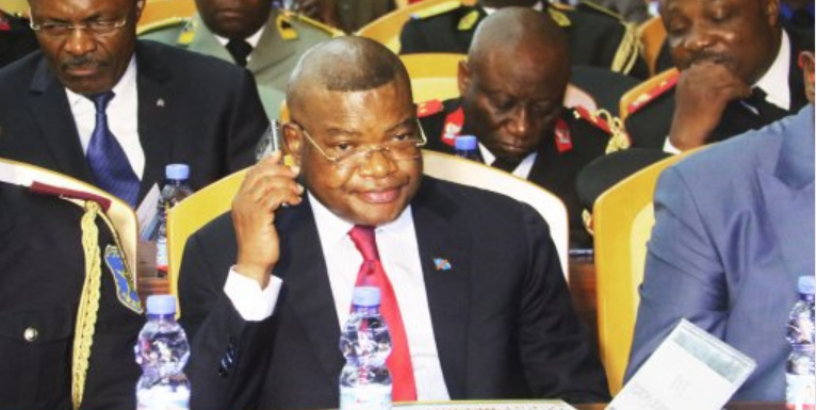 The former all-powerful head of the ANR, Kalev Mutond, was returning from a trip to Uganda and had just made a stopover in Addis Ababa. He was arrested at midday on Wednesday as he got off his plane.

According to our information, he was accused in particular of having travelled on a diplomatic passport that he was using as an adviser to Prime Minister Sylvestre Ilunga Ilunkamba.

READ Jaynet Kabila in DRC: the FCC denounces one “provocation too many”

As the latter had not officially appointed a cabinet, Kalev Mutond was therefore not entitled to use this document.

Kalev Mutond denies the arrest According to several sources within the security services, this passport was taken away from him during his hearing by the ANR, before he was released. Kalev Mutond denies having been interviewed and explains that he simply “visited [his] former deputy” Inzun Kakiak, now head of the ANR.

“There’s no problem. I have travelled and returned home with my diplomatic passport. My identity papers never say “NRA deputy head,” he says. “The Passport Act allows me to have this passport,” he insists.

After the arrest on 30 January of Jaynet Kabila, Joseph Kabila’s sister, who was questioned by the Directorate General of Migration (DGM) while on board a boat for South Africa, and the confiscation of Emmanuel Ramazani Shadary’s diplomatic passport on 24 January, now it is a new close associate of the former Congolese president who is experiencing travel difficulties.

Threats from the former head of the ANR Boss of the sprawling and dreaded intelligence agency for eight years – from 2011 to 2018 – this very close friend of Joseph Kabila, under American sanctions since December 2016, had already found himself at the heart of a controversy over his passport at the end of January.

During a political morning organised by the UDPS, Augustin Kabuya, Secretary General of the party of Felix Tshisekedi, accused him of travelling everywhere the Congolese President went to ‘find out’ about his movements.

Kalev Mutond replied a few days later in a press release, describing the exit of the number two of the UDPS as “hazardous”.

Speaking to us, he had also warned his accusers, even threatening them. “We have been in office for eight years [at the head of the ANR], we know the state secrets, it is not wise for them to attack us in these terms and throw our name in the public square. We need evidence from those who accuse us.”