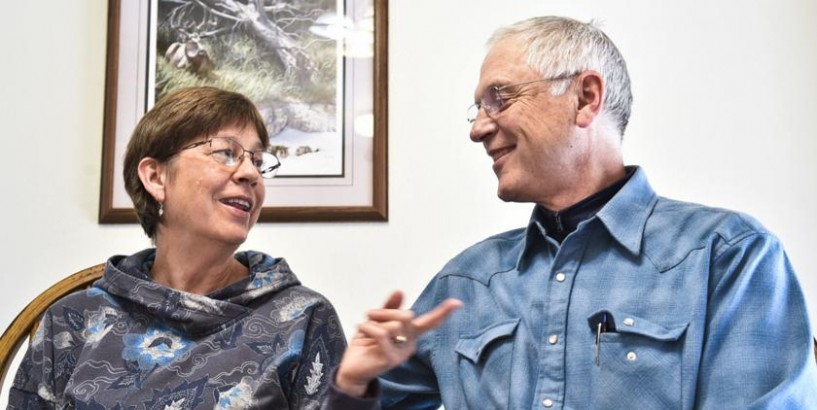 Excitement abounds in the Helena home of Teri and John Vore.

The wife and husband have spent recent weeks packing up and moving their belongings into storage. Soon renters will take their place and the Vores will board an airplane, stopping in Philadelphia for orientation, and then on to Africa where they will spend the next two years in service with the Peace Corps to work as forestry and agricultural extension agents.

“I just love the adventure of it,” Teri said. “I love to travel but this is a way of traveling that you really get immersed in a culture. You’re not just there for a couple of weeks and skimming the surface.”

Teri, 62, a retired school teacher, and John, 64, a recently retired wildlife biologist, may not fit the typical profile of those going into the Peace Corps. Only about 7% of service members are over the age of 50 and only a fraction are married.

Joining is something they discussed for some time ahead of John’s retirement from Montana Fish, Wildlife & Parks at the end of 2019. And after the death of their 15-year-old Springer spaniel, the ability to leave for an extended period became more practical.

“It’s really an opportunity for kind of a lifetime experience, a life experience adventure,” John said.

Teri previously served in the Peace Corps on the island country of Palau and counts the cultural immersion as one of her favorite aspects. Once her stint ended she knew she wanted to join again someday.

John’s brother served in the Peace Corps as well, and when he went to visit him in the Philippines, the seed was planted, he said.

The Vores initially believed they would serve in Tanzania. But at the last minute that country canceled all work visas and they found themselves searching for a new destination. Then came a choice between Jamaica and Zambia, and with the African country topping their list of places to see, they signed up and began preparations to depart.

The Vores depart March 8 and will join about 30 other members in Philadelphia for their initial training. Then it is off to the capital city of Lusaka for about three months of training before placement in a village.

While the national language is English, more than 70 languages are used throughout the country and they must become proficient enough to communicate, although they will have a counterpart to assist.

As part of the Peace Corps Linking Food & Environment program, the Vores will work as extension agents for the Zambian government on secure and sustainable food. A major issue facing the area is the use of charcoal for cooking, which requires cutting trees, and they expect to work on transitioning to small alcohol-fueled stoves.

“It’s sustainable agriculture and over there deforestation is a big thing, so it’s forestry, planting trees and ways to conserve trees,” John said. “It’s going to be cool because we’ll really be ensconced there for a long time.”

The Vores expect to spend the vast majority of their time working, but they do get some vacation. They expect to have some family visitors and hope to see some of Zambia’s flora and fauna.

After the two years Teri and John will return to Helena to “retire fully,” she said, and get a new puppy.

This story is part of the ongoing Community in Focus series, which features everyday people in the Helena area.

Reporter Tom Kuglin can be reached at 447-4076 @IR_TomKuglin

This article originally ran on helenair.com .