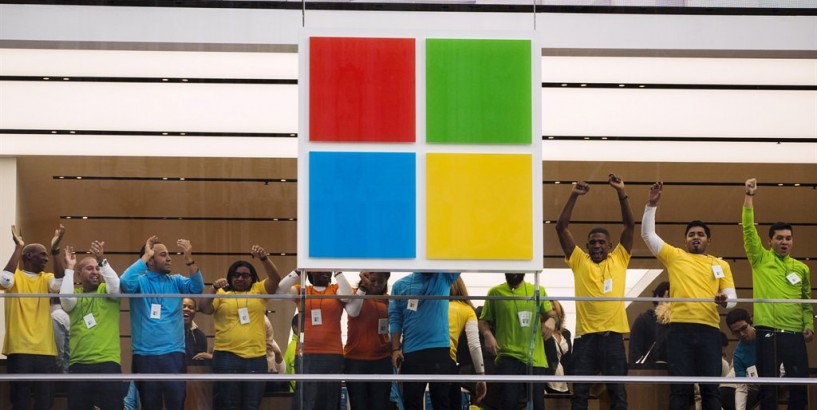 Check out the new icons for Microsoft Word, PowerPoint and Outlook

How the icon for Microsoft Word has changed over time since 2003. Microsoft Design Microsoft Office is getting a new set of icons, the company announced on its Medium blog. All your favorite tools - Word, PowerPoint, Outlook, Skype - are getting fresh icon designs for the first time since 2013. You can check them out below. The redesign reflects Office's move toward a cloud-based suite of tools that are accessible from a multitude of devices and platforms.

For students and desk workers all over the world, the Microsoft Office app icons are, ahem, iconic.

But now, every single one of those icons is getting a refresh across all platforms "in the coming months," Microsoft said in a blog post - their first new look in five years.

All of those well-known logos will be getting upgrades, including Word, PowerPoint, Excel, Outlook, and even Skype. The color palettes for each one of the icons will, fortunately, remain the same, with some slightly updated hues that are brighter and more modern-looking.

Without further ado, here's the new lineup, as compared with the 2013-era icons:

It's out with the old, and in with the new for Microsoft Office. Microsoft Design

The idea, Microsoft said, is to reflect the change that Office is now less of a software suite, and more of a set of cloud-based services you use from a variety of devices.

"Our design solution was to decouple the letter and the symbol in the icons, essentially creating two panels (one for the letter and one for the symbol) that we can pair or separate," Jon Friedman, Microsoft Office's design head, said in the blog post.

Microsoft Office has come a long way since its first software bundle was released in 1990 , featuring just three apps: Word, Excel, and PowerPoint. This is the longest Microsoft has gone without updating its Office icons since 2003.

Also from Business Insider South Africa: Is SA going to hell in a handbasket? The short answer is no. A massive new solar power station has come to life in the South African desert Amid a war over Burger King’s South African owner, this investor says Dunkin’ Donuts and Baskin-Robbins should be shut down A third of this JSE-listed mall owner was wiped out in an hour - here's what happened