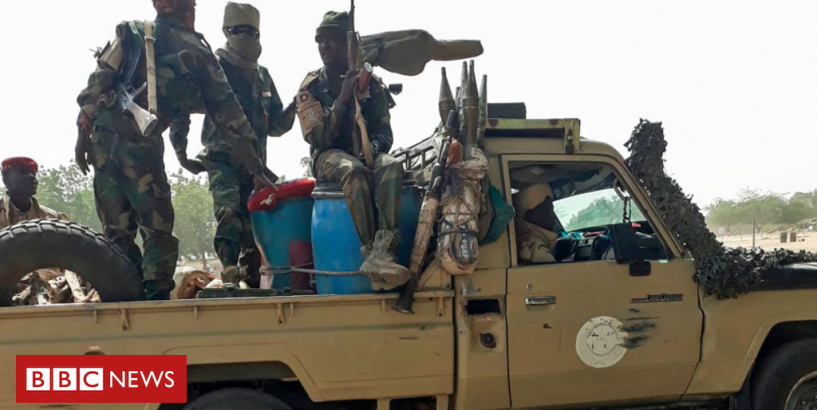 President Idriss Déby said on a visit to the area that Monday's raid was the jihadists' deadliest yet in Chad.

Lake Chad is the region where forces from Chad, Nigeria and Niger have been fighting the insurgents in a joint campaign for the last five years.

Nigeria also experienced a deadly attack on Monday, when 47 soldiers were killed in a Boko Haram ambush.

The Boko Haram insurgency began in north-eastern Nigeria a decade ago - and the violence has spread to neighbouring countries, killing more than 30,000 people and forcing two million from their homes, according to the UN.

"I have taken part in many operations... but never in our history have we lost so many men at one time," the Reuters news agency Quote: d him as saying.

According to military sources Quote: d by the AFP news agency, the attack was on an army base on the island of Boma and lasted for seven hours.

Weapons were captured by the insurgents, who escaped with them in speedboats, they said.

The attack in Nigeria was on a convoy that had left the north-eastern city of Maiduguri carrying ammunition.

Despite regional efforts to end Boko Haram's campaign of violence, the group has stepped up its attacks in recent months.