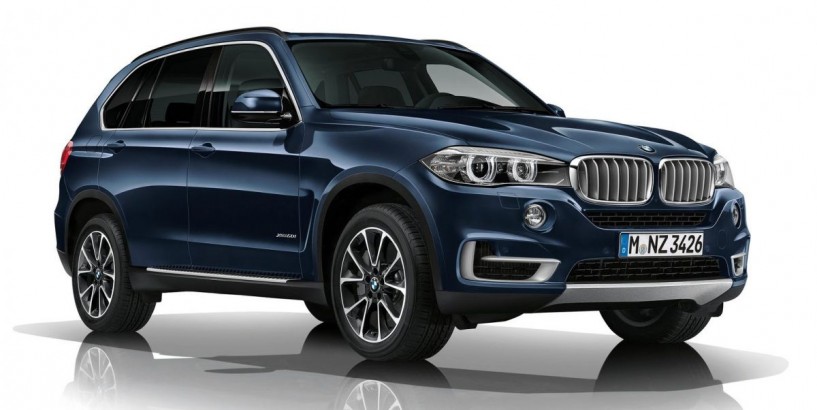 South America, Africa and Russia are target markets, but we think it should sell well in Malaysia too with the recent and unprecedented spate of gun crimes across the country. BMW, please update your list.

The X5 Security Plus is rated at protection level VR6. Built around an armoured passenger cell constructed from high-performance steel mouldings and panels, it offers secure protection to four occupants from bullets. BMW namedrops the world’s most popular firearm, the AK-47, so it should protect from pistols, too.

It features sealed joints for bullet or fragment protection in critical areas around doors or where panels join body pillars. The security glass is resistant to attack by blunt weapons, making this X5 immune to smash-and-grab thieves on kapcais . The polycarbonate coating on the inside of the glass also provides effective protection against flying splinters.

An armoured X5 is much heavier than a regular one, and the extra weight alters driving dynamics, so the xDrive and stability control systems on this 450 hp V8-powered hulk have been recalibrated along with the chassis and brakes. Performance is therefore virtually on a par with a regular X5 , BMW says.

The Security Plus is built alongside the regular production X5 at BMW’s Spartanburg plant in the USA. The security features are installed by a specialist workforce at the Toluca plant in Mexico. The armoured X5 is virtually indistinguishable from a regular one, because anonymity too can be a useful security feature.

For those who don’t need such high levels of protection, there’s the X5 Security. Dropping the Plus means that protection level is down to VR4 level, which protects against “general street crime”. For ultimate protection, check out the BMW 7-Series High Security , which is rated VR7 and VR9. For safety on the cheap, there’s a high security E46 330i listed on oto.my .

Full details and a gallery of the new F15 BMW X5 here . We also have a video showing all three BMW X5 generations , and fancy one starring the F15 .