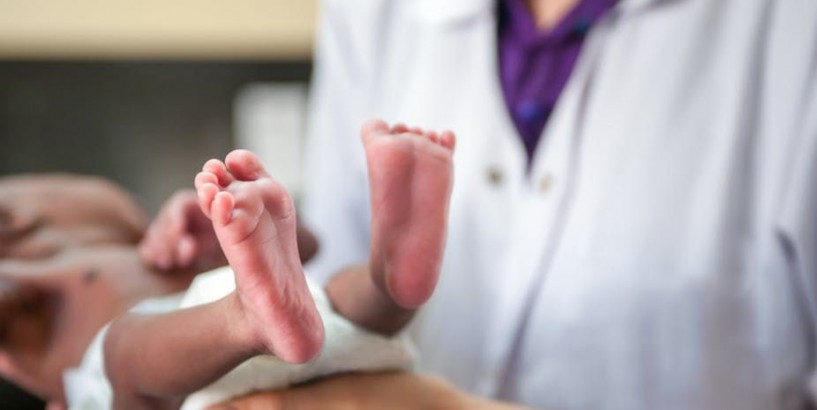 29 Nov 2018 | Save | Email | Print | PDF By: Amy Slogrove, Kathleen M Powis & Mary-Ann Davies One of the most remarkable public health successes of the last decade in southern Africa has been the reduction in the number of babies born with HIV. This was achieved through the provision of antiretroviral therapy to pregnant and breastfeeding women living with HIV. For example, the number of new HIV infections in children in South Africa has come down from a peak of 70 000 in 2003 to 13 000 in 2017 . The largest number of HIV-exposed but uninfected children are in South Africa. Shutterstock Nevertheless, worldwide there are still an estimated 14.8 million children under the age of 15 who were born HIV uninfected but have been exposed to their mother’s HIV during pregnancy.The largest number of HIV-exposed but uninfected children – 3.2 million – are in South Africa.A staggering 30% of pregnant women in South Africa have HIV. Their infants are exposed to both HIV and antiretroviral drugs during pregnancy and breastfeeding. HIV-exposed but uninfected children don’t have HIV, so what’s the big deal?It is a big deal because HIV-uninfected children born to mothers with HIV are prone to infections that are more severe, are at almost two times greater risk of dying before their first birthday, and are more likely to be born prematurely than children born to mothers without HIV. In our recent study we set out to try and quantify the contribution of deaths in HIV-exposed but uninfected infants to the overall infant mortality rates in Botswana and South Africa.What we found was that because children born to mothers with HIV make up almost 1 in every 4 infants in Botswana and South Africa, and because they die more often than children born to mothers without HIV – even when they are HIV-uninfected themselves – this contributed to a higher infant mortality rate in both countries. The risks Even when they’re not HIV infected, children born to women with HIV experience a complex package of detrimental exposures.For example, HIV-exposed but uninfected infants are still more often born preterm or of low birth weight . This increases their risk for complications and death early in life. They are also exposed to more infectious pathogens in the home such as tuberculosis .There are other problems too. Breastfeeding has enormous nutritional and immunological benefits, but has often been avoided in infants born to women with HIV. Maternal access to antiretrovirals has made it safer but sustained breastfeeding is still low. One study in South Africa showed that, irrespective of HIV-status, women stopped breastfeeding their babies on average when the infants were eight weeks old.On top of this, HIV-exposed infants more often have mothers who are unwell or who have died . And HIV-affected households experience challenging socioeconomic circumstances that can make children more vulnerable. These exposures in the first 1000 days of life can be detrimental to early childhood development and have life-long consequences. In addition, infants born to women with HIV are subject to factors during pregnancy that unexposed infants aren’t. These include exposure to HIV particles, that may make their immune systems develop differently. And these infants are exposed to at least three antiretroviral drugs given to the mother during pregnancy. What the research found To estimate the contribution of deaths in HIV-exposed but uninfected infants to the overall infant mortality rates we used previously published research comparing the mortality risk in HIV-exposed uninfected infants to risk of mortality in unexposed infants , as well as United Nations estimates of infant mortality in Botswana and South Africa. In Botswana, HIV exposed uninfected infants accounted for 26% of the infant population but 42% of all infant deaths. Similarly, in South Africa HIV exposed uninfected infants accounted for 23% of the infant population but 38% of all infant deaths.Putting this into actual numbers, this extra mortality in HIV exposed uninfected infants increased the overall HIV-uninfected infant mortality rate in both Botswana and South Africa from around 30 deaths per 1000 infants to 35 deaths per 1000 in the year 2013. Botswana and South Africa have adopted the World Health Organisation’s recommendation to provide lifelong antiretrovirals to all pregnant and breastfeeding women with HIV. But there’s a lack of research comparing the mortality of HIV-exposed to unexposed infants under these new guidelines. Our calculations are therefore based on the year 2013, the most recent year before policy shifts in both countries. There is emerging evidence though of a persisting increase in mortality in HIV-exposed infants even with maternal antiretroviral therapy. What next With one in every four children in Botswana and South Africa being HIV and ARV-exposed, robust systems need to be put in place to monitor the long-term safety of these exposures during pregnancy. Countries need to invest in research to understand why HIV-exposed children still have an increased risk of dying. And countries need to ensure that routine child health interventions, such as immunisations and promotion of optimal durations of breastfeeding, are uniformly reaching HIV-exposed children.

Most critically, countries like South Africa and Botswana with high HIV infection rates need to find responsible, transparent and accurate ways of sharing what is known and being done about the risks of HIV-exposure with HIV-affected families and involve them in finding solutions.This article is republished from The Conversation under a Creative Commons license. Read the original article . Get a daily news update via WhatsApp or sign up to our newsletters .