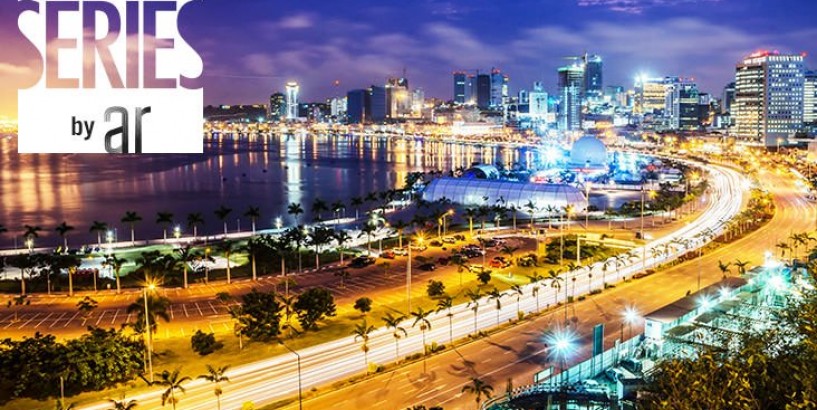 Some Angolans reminisce about “better times” under President Dos Santos, when they were poor but the country was rich.

This year, Angola will struggle to get out of recession, according to Alves da Rocha, Economics professor at the Catholic University in Luanda.

More important for most people is the fight against unemployment – over a third of young people are jobless and 41% of Angolans are considered poor,

“Unemployment and poverty could increase and I fear for social turbulence.”

Wealthier Luandans complain that crime is increasing. There are also regular demonstrations, with demands that the “povo” should not bear the brunt of the crisis.

How far will President Lourenço go? Plans to privatise state assets have been beset by problems over finances, management and valuation . There is big talk of foreign investment and bankers are looking again at doing business in Angola. But assessments have not been matched with new money.

“Externally, the perceptions are quite positive. More important for most people is the fight against unemployment – over a third of young people are jobless and 41% of Angolans are considered poor according to the most recent survey,” said Da Rocha.

“The question remains … how far President Lourenço wants to go and if the members of the ruling party will allow him to complete his transparency campaign.”

Elections a “key test” for Lourenço A big question now is when Angola will hold its local elections, slated for this year but now likely to be delayed again due to the coronavirus pandemic.

Whenever the elections are held, they will be a key test for Lourenço’s leadership of the MPLA. Lourenço has agreed to reforms with the IMF but has delayed cutting subsidies and social projects for fear of losing popular support.

Some businesses see the campaign against the Dos Santos family as a useful distraction.

Adalberto da Costa Junior, leader of the former rebel-turned opposition party UNITA, says those leaders who profited under Dos Santos should no longer run the show.

Protesters demonstrate against corruption in Luanda, Angola, April 7, 2018. REUTERS/Stephen Eisenhammer Yet Lourenço argues his insider knowledge will help him to reform it. “We were all part of the system … it is because I have seen these high levels of corruption and think that situation shouldn’t continue … that we are fighting what we have seen for decades,” he said in February.

Angola discouraging foreign investors Angola’s business environment may have improved but a Western businessman who has been there for decades says he hadn’t seen many serious foreign investors coming in. “Angola has changed a lot of laws and regulations but they don’t realise that they are in competition with other countries in the region. People think it’s too complicated, Angolans are difficult to deal with, I’ll go somewhere else. The fact it’s Portugese-speaking doesn’t help either.”

Among established companies in Luanda, there is unease, he says. “Most people have a couple of degrees of separation from somebody who could be on the wanted list. As long as Lourenço is in power, they can’t lock up everybody because everybody’s implicated.”

Some businesses see the campaign against the Dos Santos family as a useful distraction. “Some of those guys may get screwed, especially if the Isabel thing doesn’t work out. As long as they can keep that going – and that’s still in the press – that takes a lot of attention away from a lot of potential targets. They are smart, keep a low profile, reinforce deals they are doing with the government.”

Both sides, he argues, have been shortsighted: “She should have, very early on, realised there was no way she could get away with it all. That at some point she needed to come to grips with the new establishment and have discussions on how to deal with it. But she just existed in her own reality,” he says of Isabel.

There were cracks in the system that permitted financial leaks on a giant scale, according to a long-time official in Luanda: “We haven’t fixed that yet. This was the system, how things were run. You needed to start a business, you went to Sonangol. You were friendly enough to the regime, you got the contract. This stuff was given away.”

Lourenco’s campaign risks polarising society, warned the official. “If you’re not careful what you say … you’ll be accused of defending the marimbondos (the hornets and bloodsuckers). As a result I think we are missing an opportunity.”

Party loyalists echo the anti-graft mantra against the plutocrats but there are many in-between who want to seize the chance to push through positive change, he warned: “These could end up having no voice.”

President Joao Lourenco, Thursday, April 4, 2019. (AP Photo/Pavel Golovkin, Pool) A senior official tells us a clear plan is needed. “What are we going to do with this endeavour – you call out a few names, recoup a bit of money, but what do you do next?”

“This will make the difference between being trapped in a cycle or really setting the country off in a different direction,” concluded the official. Yet few are betting that Angola that will break the cycle this year against the backdrop of the global pandemic – even if fast changing conditions force the government to take some radical economic decisions this year.

This is the final part of a 5-part series .

Also in this in Depth: breaking the mould Angola exposé: President João Lourenço breaks the mould An exclusive five-part series that looks into the campaign to retrieve Angola's stolen money at a time when the country's economy is suffering from a massive restructuring programme, record low oil prices and the impact of COVID-19.

connect the dots Angola exposé: Joining the dots In the first of a five-part series on Angola's campaign to find its stolen funds, we meet the man central to the country's hunt to retrieve its missing billions.

THE MONEY CHASE Angola exposé: The money chase In the second of a five-part series on Angola's campaign to find its stolen funds, we explore one of the leading characters of this story: Isabel dos Santos.

PORTUGAL CONNECTIONS Angola exposé: Portugal connections In the third of a five-part series on Angola's campaign to find its stolen funds, we meet one woman who has dared to speak up against the elites in both Angola and Portugal.

INTERNATIONAL IMPLICATIONS Angola exposé: International implications In this fourth of a five-part series on Angola's campaign to find its stolen funds, we explore the many companies, both in Angola and abroad, that may be implicated in the missing billions.