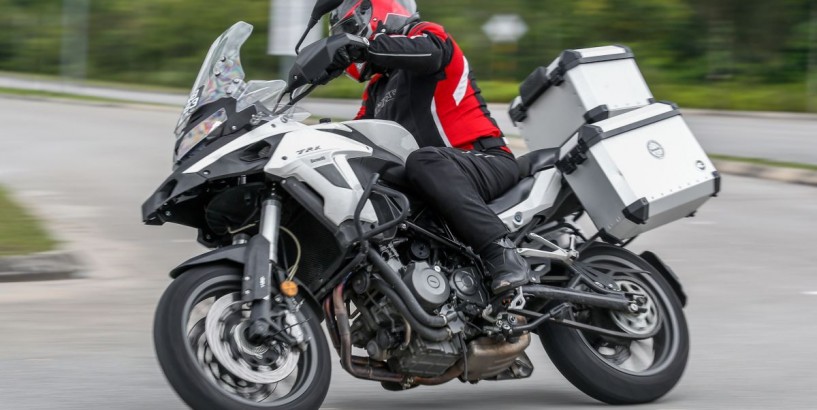 Italian motorcycle maker Benelli is set to reveal a trio of power plants at the upcoming EICMA, or Esposizione Internazionale Ciclo Motociclo e Accessori show in Milan, Italy this November. The three mills will displace 250 cc, 400 cc and 750 cc, and will follow its parallel-twin engines as used in the current model 302R sports bike and TRK 502 adventure bike.

With its design, research and development headquartered in Pesaro, Italy, and manufacturing base in Wen Ling, China as part of the Geely group, Benelli is looking to cover niche areas in a value-for-performance motorcycle segment. “In terms of engine platforms, we are seeking to expand very rapidly in these two segments, the 400 and 750, and we will have different type of frames in different types of bikes,” said Dante Bustos, Benelli marketing director for Americas, Asia and Africa regions.

This will, he said during an exclusive interview with paultan.org , include expanding the Benelli TRK adventure bike range into the 250 cc and 750 cc engine sizes, a niche currently occupied by machines such as the Honda CRF250L , Kawasaki Versys-X 250 and Suzuki V-Strom 250. Bustos said the TRK 250 and 750 versions will be hitting the market by 2019, or perhaps earlier.

“We are also planning to release a brand-new engine type in the coming years,” Bustos. Pressed for details, Bustos declined to comment, but said it will be very interesting for the rider.

Bustos said all the new developments will be shown at EICMA, including new headlights, design style and the such, which also includes a new TnT300 naked sports. Other new developments in the pipeline for Benelli include electronic riding aids for its current model range as well as an electric motorcycle.